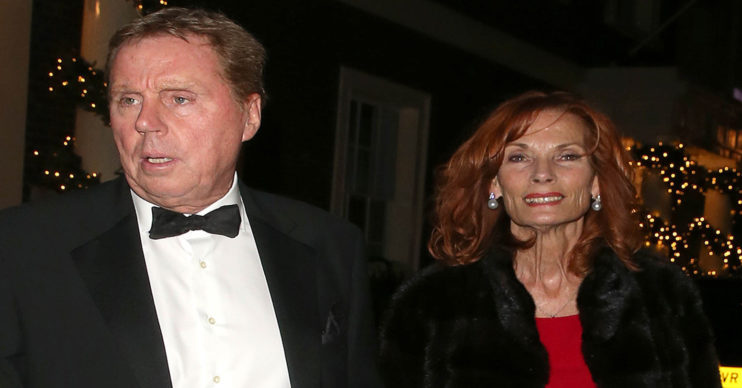 The couple have been married for 52 years

The I’m A Celebrity winner shared a photo of the couple smiling as he put his arm around her.

“From our first dance in two puddings to 52 years later… I love you more now if that’s even possible.”

I love you more now if that’s even possible.

Harry’s jungle co-star Fleur East added: “Love you both so much! Congratulations.”

One person wrote: “I’m getting Married in February, and hope my husband to be will be as in love with me after 52 years, as you are with Sandra. #CoupleGoals.”

Another said: “Couple goals! I hope my husband speaks of me as lovingly when we’ve been married for 52 years!”

When did the couple meet?

Harry and Sandra met when they were just 17 at a local pub and fell in love straight away.

The nation fell in love with the couple when Harry appeared on the 2018 series of I’m A Celebrity.

Harry opened up about his relationship in the jungle, telling his fellow campmate Fleur: “Honestly, she’s my life. I’m a bit scared actually.

However, fans then lost it when Harry was reduced to tears as Sandra surprised him in the jungle.

At the time, Sandra told him: “I got a bit sad the other day, I got a bit tearful because I missed you.”

After being crowned the winner, Harry said in his exit interview: “We were only just 17 when we started going out and we have never been apart.

Are you married? If so, for how many years? Leave us a comment on our Facebook page @EntertainmentDailyFix and let us know!