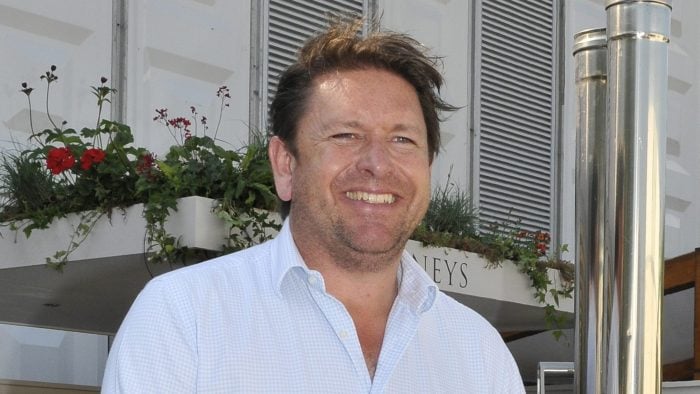 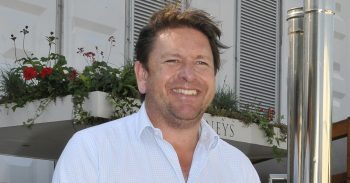 Suited and booted for the races!

James Martin has enjoyed a day at the races and impressed fans with his elegant outfit.

When he’s not sporting an apron the TV chef usually follows the smart-casual line and goes for open-collar shirts.

But when he headed off to Cheltenham for the Gold Cup on Friday, the 46-year-old Yorkshireman wowed fans in a trim three-piece, tie and hat.

Posting the black-and-white snap for his 190k Instagram followers, James wrote: “Rare day off and my first time to, as a guest, see horse racing… Cheltenham Gold Cup day! Any tips?”

His followers bombarded the comments with positive messages to tell the chef just how dapper he looked.

One said: “Swoon LOL. That has brightened my morning from a cold, wet morning in Bangor N. Ireland.”

Someone else told him: “Looking gorgeous. Have fun!”

Other followers thought the outfit would be better without the hat though, with one writing: “Lose the hat. That’s my tip. You’re too handsome to hide.”

In May last year, James revealed a trimmer figure after shedding around a stone.

Speaking to the Daily Mail, he explained that he decided to lose weight because he felt self-conscious seeing himself on the telly in high definition.

He told the paper: “I’ve lost a stone-ish. I just think it’s a lifestyle thing and also looking at yourself on TV.

“You kind of watch and go, ‘Oh God there’s a bit of chin happening there.’ And everybody’s TVs are bigger now. Before you used to watch TV on a small one and now they’re massive.”

He joked about his HD TV concerns more recently in an appearance on Loose Women.

But viewers weren’t happy when James – featured to talk about his new series, James Martin’s Great British Adventure – was asked about his weight.

Show regular Janet Street-Porter asked him, after he mentioned his mum, if she was ever critical of his appearance.

He took the question to mean his clothing – but after Janet clarified he admitted weight is “a big issue” and said his mum sees his shows much more clearly now she has a bigger telly.

What did you think of James’ Cheltenham outfit? Leave us a comment on our Facebook page @EntertainmentDailyFix and let us know what you think!