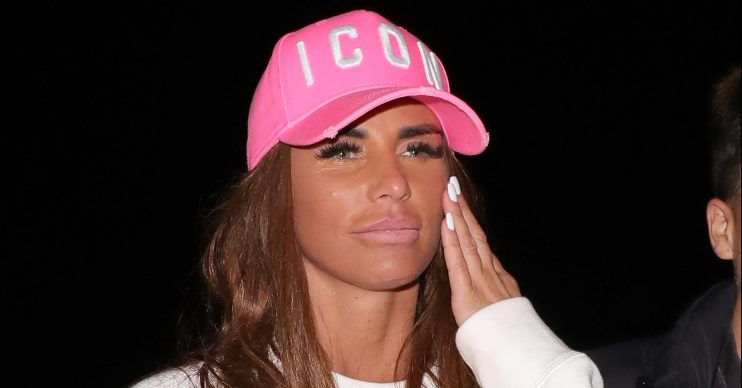 Katie's had multiple procedures over the last year alone

Fans of Katie Price have begged the former glamour model to stop getting surgery after she compared her face to how she looked in 2015.

Taking to Instagram this week, the mum-of-five held up a copy of her autobiography Katie Price Reborn, which features a close-up shot of her face, to her face now.

“Comparing my face from 2015,” she wrote and added two crying with laughter emojis.

Katie’s fans soon flooded the comments section with their thoughts, with many saying she “still looks beautiful”.

However, lots of others urged her to stop getting surgery because she “looked so much better then”.

One of her followers told her: “Don’t do any more please Katie listen to your mum for once!”

While a second wrote, “You looked so much better then! Always followed you but you don’t look like Katie Price anymore.”

A third said: “You didn’t need any surgery Katie. Honestly I don’t know why you keep doing it.”

“Better then. Too much surgery now. Sorry but that’s my opinion,” another remarked, while a fifth said, “Don’t get any more surgery you look fine.”

Read more: Hollyoaks’ Chelsee Healey hits back at trolls who criticise her parenting

Katie’s undergone countless plastic surgery procedures over the years, with her most recent ops including a face lift, a Brazilian Bum Lift and a boob reduction.

The amount of surgery she’s having done is so alarming, friends are saying it’s as if  she’s ‘addicted’.

A friend told The Sun Online: “It’s as if Katie has an addiction to going under the knife.

“It’s becoming so obsessive, and it’s clear she needs some help – now. Katie is forever saying that she looks in the mirror and only sees the next thing that needs fixing.”

The friend claimed that Katie’s pals have told her how good she looks, but it doesn’t seem to register.

They continued: “If she can’t see it and she won’t listen to anyone, then we are begging her to get a bit of help.”

As well as her friends and fans, Katie’s mum has also been urging her to stop going under the knife.

In an episode of Katie’s show, her mum Amy said she is furious with her daughter for getting more and more surgery.

“I’m in shock looking at you, you look terrible. You didn’t need to have that done, I don’t know why you keep doing it. I think it’s disgusting,” Amy told her.