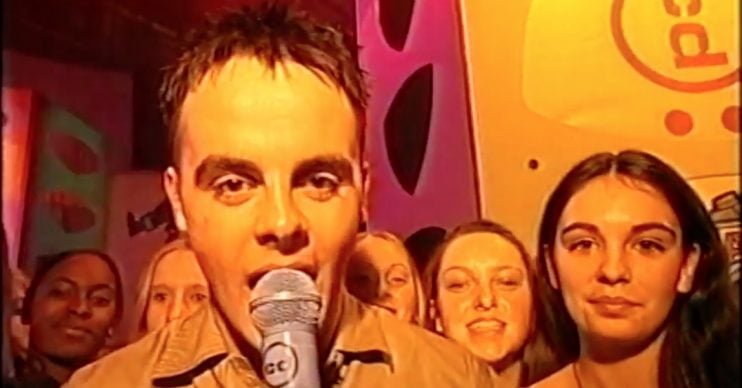 Fans of legendary ITV kids show, CD:UK, begged the broadcaster to bring it back after a throwback snap of the original presenting trio of Ant McPartlin, Dec Donnelly and Cat Deeley was shared on social media.

The show, which ran on ITV between 1998 and 2006, helped to launch the presenting careers of Ant and Dec, Cat and later presenters Holly Willoughby and Myleene Klass.

It captioned the image: “C is for a Christmas CD:UK!

“Can you guess what act and song was at Christmas number one when this photo was taken… *hint* it was CD:UK’s very first year.”

Fans queued up to answer the question – it was the Spice Girls’ Goodbye – but also to beg ITV to bring back the trio for a reunion.

One fan said: “I bloody miss CD:UK please can this show return?

Ant, Dec and Cat. And also bring back SM:TV Live.”

Pleaseeeeeeeee give us a reunion!!

“Pleaseeeeeeeee give us a reunion!!” another fan pleaded.

Read more: Dec Donnelly voted the fittest out of Ant and Dec

Earlier this year Cat, married to Patrick Kielty and mother to Milo, 6, and one-year-old James, revealed that the family was thinking of leaving the US because of the ongoing fear of public shootings and President Trump winning a second term.

She spoke to Stella magazine about a terrifying incident Patrick and Milo were involved in.

“The gun laws in America are crazy,” the 43-year-old told the magazine.