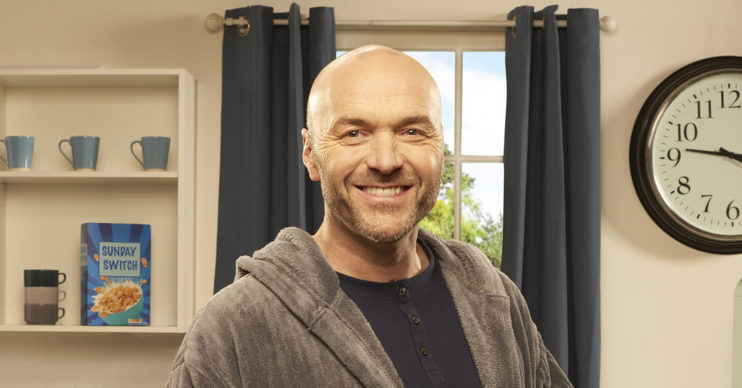 Fans rush to defend Simon Rimmer after he responds to troll

Sunday Brunch fans have been offering their support to presenter Simon Rimmer after he responded to criticism on Twitter.

The Channel 4 cookery show returned to the live studio for the first time in two months today, with Simon and his fellow presenter Tim Lovejoy being joined by guest star, comedian Tom Allen.

However, one viewer clearly wasn’t impressed by what she saw and took to Twitter to deliver a damning indictment.

The attack prompted Simon to issue a retort, whereupon he received backing from many of the show’s fans.

Sunday Brunch has enjoyed huge popularity since it first appeared on our screens in 2012.

However, one viewer didn’t seem too enamoured with the show – or, more accurately, its presenters – when she tweeted about it earlier today.

Don’t take it to heart. I love your show and have been watching it for years.

In a now deleted tweet she addressed the aforementioned comic guest, she wrote: “OMG @tomallencomedy I would be [sic] give this show a wide birth [sic] in future.

“How these guys have got a TV show is a mystery! Lack any sense of humour unless it’s pleasing their egos and always full of painful silences! Literally cringe everytime I flick on!”

Well, the tweet must’ve touched a nerve with Simon, as the 57-year-old presenter wasted no time in responding to it.

He wrote: “Wow! That’s crushed my positive post show feelings. Thanks, have a lovely day.”

At the time of writing, Simon’s reply has received 176 likes, and a number of people have tweeted to try and cheer him up.

One fan wrote: “Don’t take it to heart. I love your show and have been watching it for years. It’s part of our Sunday routine to make sure it’s on when we get up in the morning.”

Another said: “Some people just don’t know a good thing when they see it @simonrim! You and @timlovejoy make Sundays for those who do.”

And a third added: “Great show as always! I enjoy it every time I ‘click on’ but if I didn’t like your show it would be so easy not to ‘click on’.

Due to the lockdown, Simon and Tim have been presenting Sunday Brunch via video link from the comfort of their own homes.

After returning to the live studio today – albeit in a socially distanced format – many fans expressed their delight.

Sunday Brunch returns next Sunday at 9.30am on Channel 4.