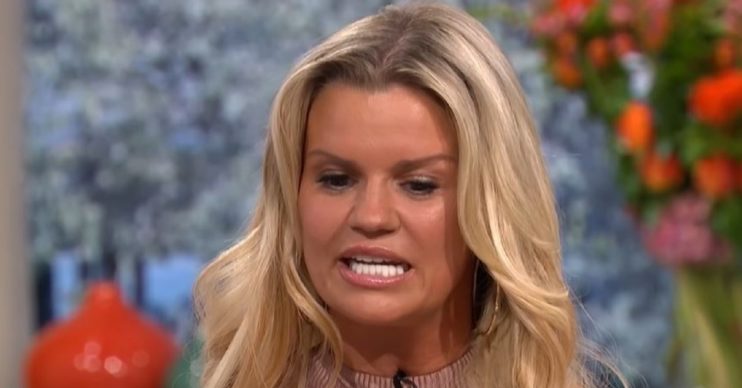 Fans have jumped to defend Kerry Katona after she was forced to take down a photo of two of her kids asleep together.

But some expressed concerns about the photo, as it had the girls’ bare legs on show.

Kerry, 39, then deleted the photo and uploaded it again, this time zoomed in so their legs couldn’t be seen.

On the reposted version, she included the caption: “Pure innocence.”

Outraged by the whole thing, her fans jumped to defend the “naturally beautiful” photo.

One of the top comment read: “The fact you had to delete the previous pic which was so naturally beautiful (as is this one) says a lot about the world.  You have gorgeous girls.”

Someone replied to it, saying: “I agree, there was no need… it was a beautiful natural picture! Some people are sick!”

Someone else replied, saying: “I must have missed the comments – I thought the pic this morning was so lovely, bless them – were there horrid comments? Ugh!

“The world’s an awful place to be in at times. Bless you and your kids Kerry – you’re an awesome mommy to very happy kiddies.”

Kerry has got to spend lots of quality time with her four children during lockdown. She’s been sharing their day-to-day lives with her social media following.

The proud mum showed off her son Max after a hair transformation yesterday (June 27). She uploaded the snap to her Instagram of her smiling boy as he displayed his new ‘do.

This boy is growing up far too fast! Check out his new hair xxxx

The snap, shared with her 597,000 followers, showed Max Croft beaming with his stylish curly locks. The 12-year-old smiled for the camera as he posed in their living room.

Fans couldn’t believe the transformation. One commented: “He’s grown up so much. Had to do a double take, bless him. Love his hair.”

Visit our Facebook Page @EntertainmnetDailyFix and let us know what you think of this story.