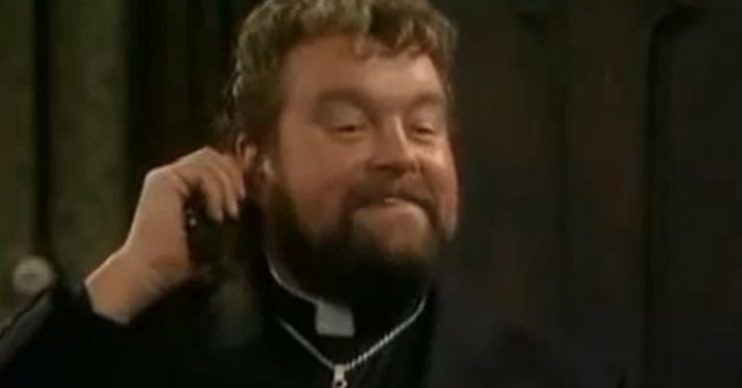 Father Ted was one of the most popular comedies of the 1990s.

One of its stars, Brendan Grace – who played Father Fintan Stack – shocked fans when it was revealed he had been diagnosed with lung cancer.

Now, Brendan’s family have given an update on his condition.

The Mirror reports that Brendan’s son-in-law Frankie Gillespie was interviewed on Irish radio.

“Brendan is battling away and he just wanted to let his fans know he loves them all out there, he knows everything that’s going on and he’s received all the wishes.

“Brendan loves getting mail in the post. He does his email and stuff like that. I said one time that if he wasn’t a comedian, he would be a postman cause he’s always mailing something out to people,” he joked.

“From every part of the world, people are calling us and sending us wishes so we just wanted to get back and say a big thank you to everybody,” Frankie said.

He also stated that Brendan, “still has the humour and he’s making us laugh.”

Wishing Irelands funny man all the best in a speedy recovery xx
Brendan Grace is as funny in person as he is on stage and just as down to earth x pic.twitter.com/8VpMlRBLIL

Shocked fans were quick to express their sympathy about the performer’s illness on social media.

Another wrote: “Thoughts with Brendan Grace sending him best wishes.”