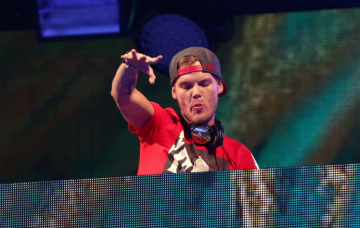 Family of Avicii say he “could not go on any longer”

DJ passed away last week at age of 28

Dance DJ Avicii “could not go on any longer”, his family has said in a second statement released this week.

The Grammy-nominated Swedish electronic performer, born Tim Bergling, was found dead last week in Muscat, Oman at the age of 28.

Details about his death were not revealed.

His family said on Thursday that “our beloved Tim was a seeker, a fragile artistic soul searching for answers to existential questions”.

Avicii retired from touring in 2016.

His family said, after he stopped, “he wanted to find a balance in life to be happy and be able to do what he loved most — music”.

They also say their son “was not made for the business machine he found himself in”.

Instead, “he was a sensitive guy who loved his fans but shunned the spotlight”.

Avicii had in the past suffered acute pancreatitis, in part due to excessive drinking.

After having his gallbladder and appendix removed in 2014, he cancelled a series of shows in attempt to recover.

The Swedish performer retired from gigs in 2016 but still produced albums and songs.

“Tim was not made for the business machine he found himself in; he was a sensitive guy who loved his fans but shunned the spotlight,” the statement read.

“Tim, you will forever be loved and sadly missed.

“The person you were and your music will keep your memory alive.”

Earlier this week, Avicii’s family thanked his fans for their support in the days following the superstar DJ’s death.

He received a number of tributes from the music community and fans.

Avicii’s hits included Wake Me Up and Le7els.

He was an international pop star, performing his well-known electronic dance songs around the world for die-hard fans, sometimes hundreds of thousands at music festivals, where he was the headline act.