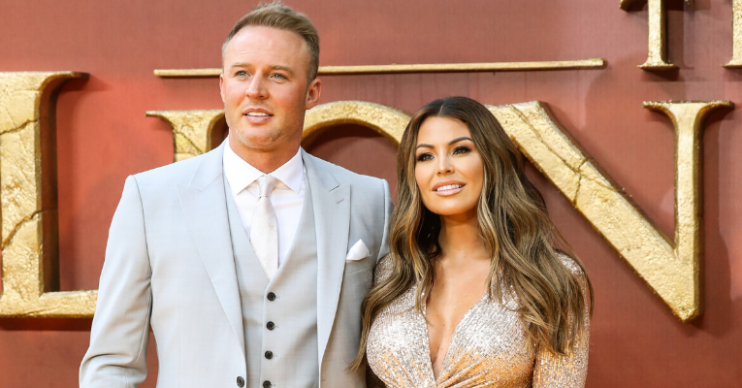 Former TOWIE star Jess Wright has revealed that she is engaged after her now-fiance William Lee-Kemp proposed to her on a ski trip in France.

The beautiful bride-to-be shared the photo of her huge diamond engagement ring in a post on Instagram, with the caption: “A million times YES! I love you so much x”

A million times YES! 💍❤️ I love you so much x

Mark Wright’s sister said that she was caught ‘totally off guard’ when William got down on one knee.

Speaking to Hello magazine, she said: “I am absolutely overwhelmed with this amazing news. I never expected it for a second and he caught me totally off guard. We are so very happy and in love!

“We are back in a place that is very special to us and now it has been made even better with this news. We are over the moon!”

The couple went public in May last year during a trip to Dubai after Jess had kept their relationship very much out of the public eye.

Her previous relationship with Strictly Come Dancing Star Giovanni Pernice came to an end in 2018 amid reports that he struggled to deal with Jess’ fame.

Careful not to see a repeat, she kept William’s identity hidden for a while, but he’s now a fully fledged member of the Wright clan, even spending Christmas at Jess’ mum’s house.

Merry Christmas from us to you 🎄❤️💫🎁 (he’s gonna kill me for posting this 😆) and yes I made him wear the pyjamas this morning. Thinking of everyone today who is alone or has lost family. Christmas is about being with the ones you love. Have a great day everyone🎄🍾

And it might not just be the two of them for long. After attending fellow TOWIE star Lydia Bright’s gender reveal party last year, Jess hinted that she was ready to start a family.

“It does make me feel broody, I am at an age I guess where I probably should have children soon but we’ll see… all in good time!”

Speaking to the paper about her relationship at the time, she gushed: “Yeah, it’s going so well, he’s lovely. We get on so well and it’s just a refreshingly lovely relationship.”

It was only a matter of time before the pair decided to tie the knot, congrats to the happy couple!