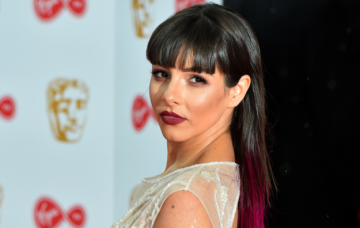 Actress Roxanne Pallett has thanked fans for their support being airlifted to hospital following a high-speed crash into a concrete wall.

The former Emmerdale star, 36, was taking part in a stock car race with her radio show co-host Ben Fry on Wednesday afternoon at a racetrack in York when the incident occurred.

She was taken by helicopter to Hull Royal Infirmary after firefighters spent two hours cutting her from the wreckage of the vehicle, the Sun Online reported.

A source told the publication: “She tried to overtake Ben on a bend and was travelling too fast and smashed into the concrete wall on the track.

“She lost consciousness for about 30 seconds on impact. Fortunately she was wearing a helmet and race gear.”

Minster FM released a statement on Twitter, which reads: “Unfortunately Roxy was involved in an accident yesterday.

“We wish her a speedy recovery and can’t wait to have her back in the studio and waking up North Yorkshire with Ben.

“Thank you for all of your messages wishing her well. Roxy and Minster FM appreciate your support.”

Thanks for all your messages @RoxannePallett appreciates all your support… https://t.co/NdFBUBWpZY

She was airlifted to hospital following the crash into a concrete wall, according to reports.

Roxanne, who co-hosts York and North Yorkshire station Minster FM’s breakfast show with Fry, is reported to have sprained both of her wrists and suffered severe bruising, and is awaiting results of a CT scan.

She is best known for starring as Jo Sugden in Emmerdale from 2005 until 2008.

Since departing the ITV soap, she has appeared on Dancing On Ice, and has acted in programmes including Waterloo Road and Casualty.

Her stage career includes roles in the UK tour of The Rocky Horror Show and The Wedding Singer, and her most recent role was in the art-house film Habit.