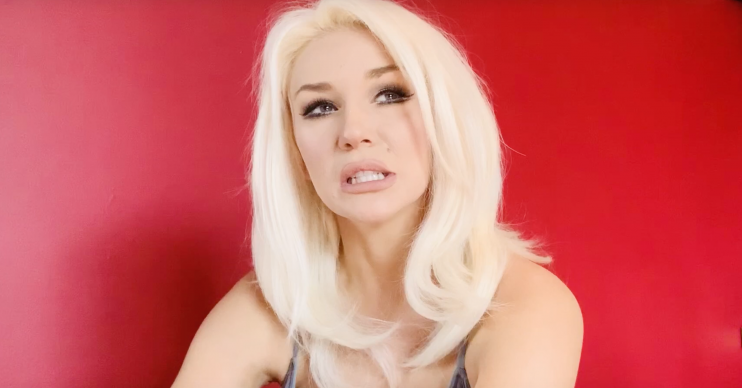 She's explained why she considered ending the 'insanity of her life'

Reality TV star Courtney Stodden has opened up to fans about attempting to take her own life.

The former Celebrity Big Brother contestant sobbed as she admitted how close she came to suicide last year in an emotional YouTube video.

Courtney, 25, came into the public eye just under a decade ago when she married actor Doug Hutchison – then 50 – while she was aged just 16.

But following confirmation of their divorce this week, the model and PETA spokesperson has decided to explain why she considered ending the ‘insanity of her life’.

The 12-minute address began: “So today marks the official date that I am divorced from actor Doug Hutchison.

“I’m feeling strong today. I thought when this day would come I didn’t know how I would feel but I’m feeling super-strong – and that’s the main reason why I’m deciding to make this video.”

I was just thinking: ‘This is the best option, I don’t know what else to do.’

However, Courtney – who also appeared in the third series of Celebs Go Dating – confessed she had been “holding in” her more distressing thoughts due to fears she would “be looked at completely differently”.

Sobbing, she added: “I can’t believe it happened, but I attempted to commit suicide about a year ago.

“It was just a point where I didn’t see a way out of all of the pain and grief and craziness and insanity of my life.”

Insisting “not everything is released in the media”, Courtney added she felt “like it all got too much for me” and “decided that, in a really drunken state, this was the best option”.

She is now grateful to have survived such a dark moment.

“And by the grace of God, it didn’t work. It failed,” Courtney detailed.

“My attempt failed, and all I remember during that time – I don’t want to get into it too much – but during those few moments I was just thinking: ‘This is the best option, I don’t know what else to do.’

“I was so convinced.”

Adding she is not longer “afraid”, she told her viewers: “I’m just grateful. I’m really truly, truly, truly grateful to be alive.”

Courtney also addressed her split from The Green Mile and Lost star Doug, claiming their relationship became “toxic and chaotic” – even though she believes he did not have any bad intentions.

If you are or someone you know is struggling with mental illness or suicidal thoughts, call the Samaritans on 116 123.