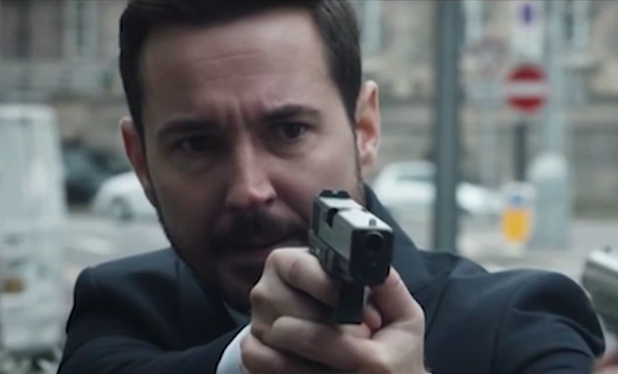 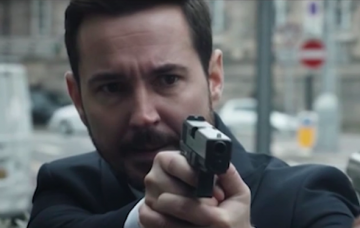 Everything we know so far about Line of Duty season 5

Watch the new teaser that has got fans dizzy with anticipation

The first sneak peek of season 5 of Line of Duty got fans very excited last night – with the sight of a bearded DS Steve Arnott causing quite a stir.

The 12 second tease of what it is to come when the drama thriller return next year shows Superindent Ted Hastings, DS Kate Fleming and Arnott all back on AC-12 duty.

And it seems the anti-corruption unit will plough right back into it, with brief glimpses of surveillance operations and armed officers in action, as well as Hastings setting out his stall.

“AC-12 is being met with an institutional cover up,” an urgent Hastings stresses.

Fleming then asks: “The root being what, sir?”

But despite the dramatic words, it was Arnott’s furry appearance that really made fans sit up.

Whoop! Line of duty ad – Steve Arnott with a beard!

Omg sneaky peak of @Line_of_duty series 5.. Steve Arnott back in my life with a little beard!! #LineofDuty @martin_compston 😍😍

No definitive date was confirmed in the clip, which aired directly after the final episode of writer Jed Mercurio’s smash hit Bodyguard, but here are a few other tidbits we know about the next series…

According to TV insiders, Stephen Graham is on board as the show’s main antagonist, taking over the baddie reins from Thandie Newton (DCI Roz Huntley).

The casting of Stephen reunites him with Vicky McClure (Fleming), who he starred alongside in the excellent This Is England.

And it seems like springtime is a good bet for when to expect season 5 to begin.

Previous series have premiered in June and February, with the third and fourth seasons kicking off in March in both 2016 and 2017.

Filming is expected to continue until the very end of this year – and once it has wrapped, creator Jed will hopefully be able to get down to business with some more episodes of Bodyguard.

He told The Sun: “We’re going to be shooting right up until a few days before Christmas and doing all our editing early in the New Year so I’m full-time on Line of Duty.”

Congratulations @jed_mercurio & everyone involved in #Bodyguard You had the nation gripped!!
Cheeky little @Line_of_duty series 5 trailer after…nice touch @BBCOne @worldprods
Right up early…got to get to the root of it!! 🤔