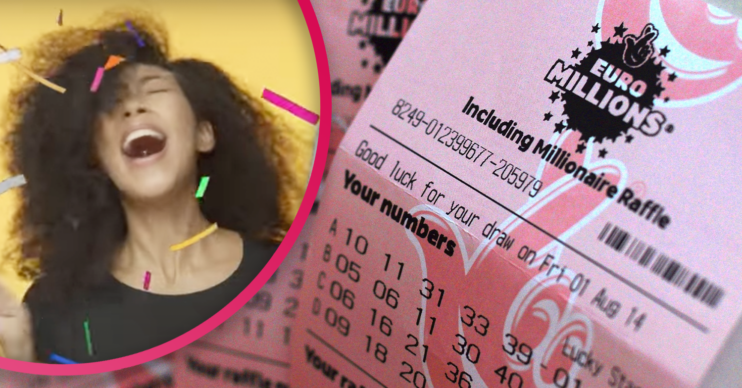 The record EuroMillions jackpot of £184 million has been claimed by a single British player, it has been revealed.

This makes the lucky winner richer than singer Adele overnight.

The single ticket holder came forward to claim the country’s biggest-ever prize on the National Lottery.

Someone’s popping open the champagne this morning after scooping the record-breaking prize.

To put it into perspective, an average Brit would have to earn more than £31,000 for 5,781 years to earn that amount of money.

“This is absolutely incredible news,” he said.

Andy added: “Last night saw history made with the biggest ever National Lottery prize won by a single UK ticket-holder, and we’re ecstatic that we’ve now received a claim.

“Our focus now is on supporting the ticket-holder through the process and helping them start to enjoy their truly life-changing and record-breaking win.”

Celebrating THE BIGGEST EVER #NationalLottery win 🍾🥂🍾
Congrats to the lucky UK #EuroMillions #winner who scooped the £184M jackpot in Tuesday’s (10th May) draw!#DreamComeTrueMoney pic.twitter.com/J9Oo0OTwdz

So how should they spend their life-changing cash?

“Take your time. When people do win, it suddenly becomes serious, so people aren’t often as gregarious as they think they will be,” he said.

“It is a bit of a huge shock. And sometimes you can be sort of concerned with the shock, you forget to celebrate.

“For your own sake, you want to look back and think actually, I shall never ever forget this.”

Who won the prize?

We don’t actually know that just yet… and we may never find out!

That’s because winners of huge jackpots like the EuroMillions one often opt for no publicity surrounding their win.

They prefer to remain anonymous.

Which is a little annoying as it means we’re unsure as to where to send our begging letter…!

How to check your EuroMillions and National Lottery results

So how would you spend £184 million? Tell us on our Facebook page @EntertainmentDailyFix.