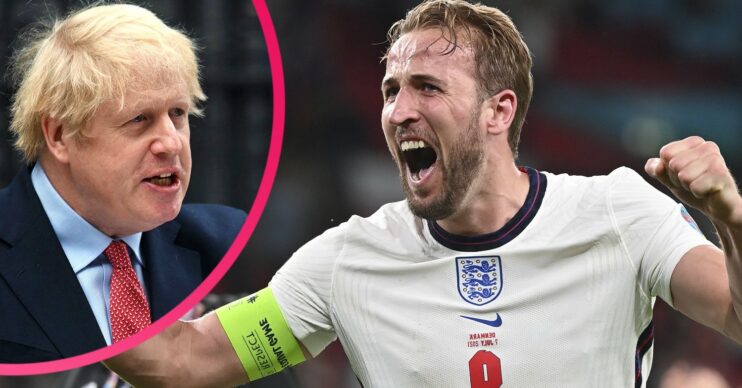 Euro 2020: Thousands petition for Monday to be Bank Holiday if England win

England fans want to (hopefully!) celebrate late into the night on Sunday

If England win the Euro 2020, fans have launched a petition urging Boris Johnson to declare Monday a Bank Holiday.

The Three Lions are set to go head-to-head with Italy on July 11.

If England manages to win, it would be the first time the trophy has come home in decades.

Excitement is at fever pitch, and now fans are begging Boris Johnson to declare Monday a Bank Holiday.

Fans launched a petition this week and it already has over 119,000 signatures at the time of writing.

“England may be playing a European Championship Final at 8 pm on Sunday 11th July,” it reads.

“It would be beneficial and sensible to give the country the day off the next day if England wins, in the form of an extra Bank Holiday Monday.”

While it may seem unlikely it could happen so quickly, there is hope. Ministers are looking at ways to allow the country to celebrate.

As a result, chancellor Rishi Sunak has already refused to rule out a snap Bank Holiday.

“You and I may be the only people who were up at this point today,” he told LBC. “I hope everyone enjoys their extra 45 minutes in the pub on Sunday night.”

So far, the government has permitted pubs to open for longer to allow people to keep drinking if penalties happen on Sunday.

Meanwhile, a Bank Holiday wouldn’t be the only way to commemorate such a big day.

England fans want a statue of Gareth Southgate erected in the town in which he grew up.

However, others say the manager needs to be knighted by the Queen for his services to sport.