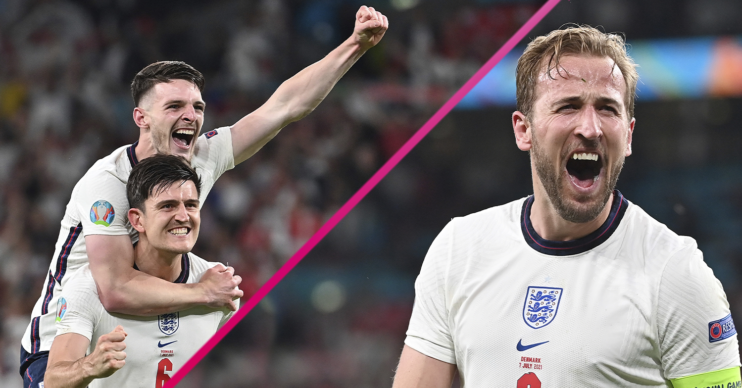 It's coming home – and the NHS will be quids in!

With the Euro 2020 final looming large, the England team are reportedly planning a huge gesture for the NHS ahead of the match against Italy.

The game takes place on Sunday (July 11) and is being shown on both BBC One and ITV.

And, with their bank balances already bulging, the squad have decided they will give away their winnings.

This could mean the NHS gets a boost of almost £10 million.

How much will the players get if they win the Euro 2020 final?

The Football Association would receive around £24 million should England win the match on Sunday.

Around £9.6 million of that fee would go to Gareth Southgate‘s 26-man squad.

And, in the midst of a global pandemic, the kind-hearted heroes have decided to donate their winnings to the NHS.

What’ll happen if they lose?

However, should they come second, the squad – and the NHS – will be given a reduced bonus  of £8.5 million.

Read more: England victory parade ‘could be delayed for months’ if they win on Sunday

The Metro reports plans are still being finalised for “tax reasons”.

However, it looks as if the NHS Charities Together could be in line for a huge windfall.

So that’s yet another reason to cheer the boys on come Sunday!

However, that’s not the squad’s only charitable donation.

With many of them on six-figure weekly sums, a statement ahead of Euro 2020 revealed they’re already donating their tournament match fees to worthy causes.

A statement said: “Following positive discussions with the FA, the England senior men’s squad are pleased to confirm that a significant donation from their international match fees will be made to NHS Charities Together via the #PlayersTogether initiative.

“This contribution will be taken from a fund already set aside to support a variety of worthy causes using all match fees collated since September 2018.”