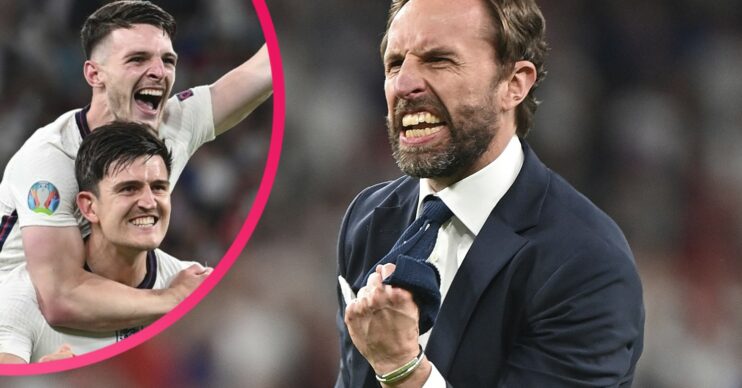 Euro 2020: England victory parade ‘could be delayed by months if they win’

England could be set to make history on Sunday (July 11)

If England beat Italy at the Euro 2020 final, the nation may have to wait to celebrate.

Gareth Southgate helped lead the team to victory against Denmark during the semi-final on July 7.

Now, the entire UK is hoping and praying that England will bring home the trophy on July 11.

However, the celebrations may be short-lived if The FA has anything to do with it.

If England win the Euro 2020 final, celebrations could be cut short

It has reportedly opted against holding a mass event this month if the England team win the European Championships on Sunday.

According to reports, waiting until the following week (July 19) wouldn’t work either.

A source told The Telegraph that by that point, the England team will be on a well-earned break after a gruelling schedule.

The FA had been planning a party at Wembley with tickets allocated to control numbers but the idea has been shelved, according to Mail Online.

A spokesman said: “There are currently no plans for a parade or an event due to Covid.”

However, there will likely be celebrations around England’s next home game at Wembley on September 5. Well, depending on if we manage to take home the trophy on Sunday that is!

Meanwhile, despite the current guidelines, huge celebrations were being held across London last night.

Flags and football shirts could be spotted among the sea of jubilant England fans.

Many footy fanatics had been watching the action from the fan zone in Trafalgar Square.

Head to our Facebook page @EntertainmentDailyFix and tell us how you celebrated.