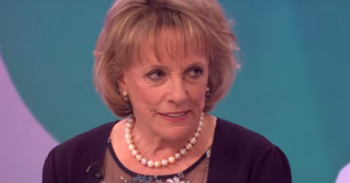 TV personality says mum didn't believe her over the assaults

Dame Esther Rantzen has revealed her mother didn’t believe her when the That’s Life! presenter summoned up the strength to tell her she had been sexually assaulted.

The 78-year-old TV personality said on Radio 4’s Desert Island Discs she was also forced to spend time with the family friend who abused her until she became an adult.

Recalling how she told her mum about the vile experience, Dame Esther also noted how surprised she was that her mother doubted her.

Likening her abuser to an uncle figure, the Childline founder said the man took her out alone to buy presents before groping her.

He also begged his victim not to tell anyone about what had happened.

Dame Esther revealed: “He was no blood relative. I can see him to this day. He used to call me bright eyes and he had one of those creepy smiles.

“He took me out to buy me a present and he found a way of getting me alone and he sexually abused me.”

She added: “Not the most serious assault, but still horrible.”

Read more: Viewers criticise ‘easy’ questions on The Chase for The Beast

“He told me not to tell anyone. I told my mum and she didn’t really believe me. So that was educational.”

Dame Esther noted she refused to socialise with the family friend when she turned 18 – but could not quite understand herself why she kept the abuse under wraps until a few years ago.

She contemplated: “Whether I blocked it or whether I chose to forget it, is that the same thing maybe?”