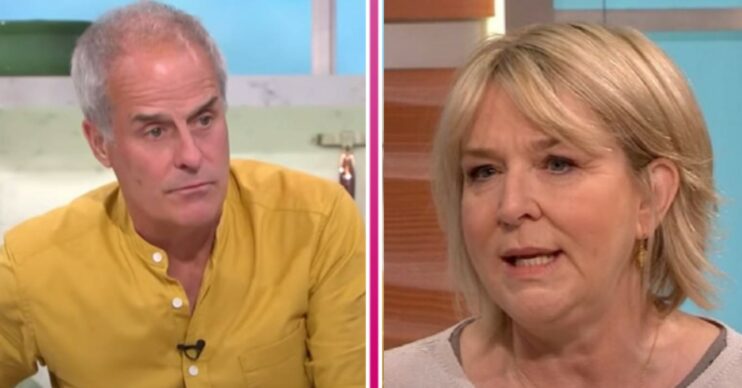 TV presenter Fern Britton has revealed a tragic and heartbreaking confession about her divorce from This Morning chef Phil Vickery.

Now the star, who also presents Watercolour Challenge, has opened up about her hard journey through the past few years and how she feels now she’s on the other side.

Speaking in an interview with Good Housekeeping last year, Fern shared that she no longer fears change after the upheaval of the last few years.

The 64-year-old said: “The last three years have been very hard; I lost my parents, I lost my marriage. I lost my other home in Buckinghamshire, too, because Phil [Vickery, Fern’s ex-husband] lives there now and I’m in Cornwall.”

Fern was married to chef Phil for 20 years, with the pair announcing their split in 2020.

Now, as a single woman she revealed that she’s found both advantages and disadvantages to living alone.

She commented: “Being wholly in charge of a situation and not having someone to discuss it with is a double-edged sword. I can say, ‘Let’s blow up the house and build something else,’ and I don’t have to justify it, which is great.

“But it’s also a big decision – and I have to arrange everything myself! I’m not lonely but I’m in this transition period where I’m working out what’s next for me.

“My approach has always been, head down, keep going, and for the first time in my life, I’m thinking, ‘Hang on, where shall I go now?’ – and that’s quite nice. Suddenly, the world is my oyster.”

The star has previously opened up about her 20-year marriage and in an interview with Prima magazine, the former This Morning presenter Fern admits she wished she could’ve “persevered”.

What happened to Fern Britton and Phil Vickery’s marriage?

The former couple first met on the set of Ready Steady Cook in 1999 and married a year later. In 2001, their daughter Winnie was born.

The pair announced their split in 2020, with the pair both tweeting in matching statements: “After more than 20 happy years together, [we] have decided to go our separate ways. We will always share a great friendship and our lovely children.

“We would appreciate it if our privacy is respected at this time. Thank you for your continued kindness and support. [sic]”

People say they bounce back from a long relationship, but it takes a while.

Since the divorce, Fern has been vocal that she doesn’t want to be regarded as a figurehead for separation or divorce.

In an interview with the Daily Mail, she wanted to be clear that it’s not easy to ‘bounce back’ after a split, stating that it takes time to get over a broken heart.

She said: “People say they bounce back from a long relationship, but it takes a while. The rebound is difficult. You chuck the pebble in the pond, but the ripples go on for a very long time.

“It’s been a long time getting to the dawn, but I’m in another brand-new chapter and do feel it will be all right. I have a lot of peace in my life. I’m doing more yoga, meditation and walking – a bit of self-care.”