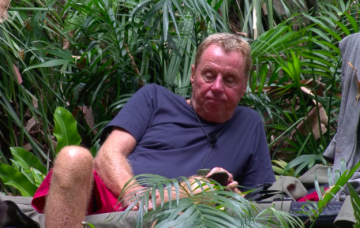 With Harry Redknapp swiftly becoming a favourite to win this year’s I’m A Celebrity… Get Me Out of Here, fans can’t get enough of the football manager’s cheeky comments and hilarious anecdotes.

But one viewer who’s not enjoying the 71-year-old’s turn in the jungle is former contestant Eric Bristow’s widow. She’s warned that her husband “never fully recovered” from his time on the show, and admitted to fears over Harry’s health.

Darts legend Eric appeared on the 2012 series of the ITV reality show, losing four stone in the process and coming in fourth.

And his wife, Bex Gadd says he emerged from the jungle a new man – and not in a good way.

She told The Mirror: “It changed him for ever. The Eric that went in the jungle was not the same Eric that came out, unfortunately. It did make him poorly and a much frailer person. Muscles that he did have, never came back.”

Eric died from a heart attack in April, aged only 60. Bex continues: “The effects of being in the jungle took a massive toll on Eric’s health. I don’t think he ever fully recovered from it.”

And she admits to fears over Harry specifically, adding: “I do worry about Harry given he is in his 70s… It’s a big worry for the ones who are not fit, young and healthy.”

A show source dismissed concerns to The Sun, saying: “Campmates’ health is a priority. We would obviously keep in touch and monitor anybody that had an issues in the jungle.”

It comes after Harry was reduced to tears during a visit from his wife of 54 years, Sandra.

Do you want Harry to win? Leave us a comment on our Facebook page @EntertainmentDailyFix and let us know what you think.