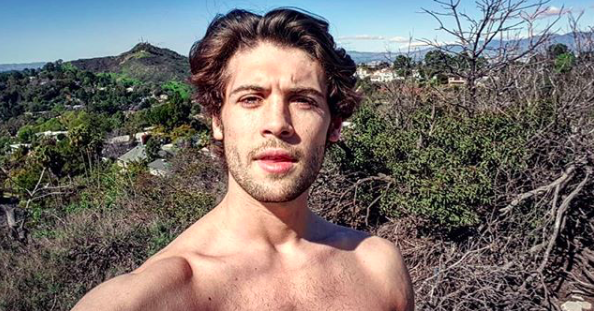 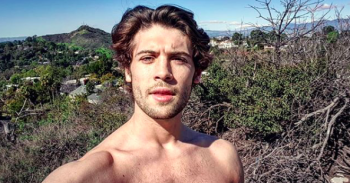 Just days after he shared his first photo of her on his Instagram page, they’ve now posed for a series of selfies which seem to confirm they’re loved up.

And they make a beautiful couple, that’s for sure!

Ned, who is currently pursuing his dream of finding fame in America, is dating fellow actress Lucy after meeting her in California.

In between trying to find work, rock climbing in the Nevada desert and dodging social media fans’ questions about when he’s returning to Emmerdale, Ned has been spending time with the British-born Lucy.

On her Instagram page, Lucy referred to Ned in a post to her 946 followers, saying: “Well, by a crazy turn of events I found myself back in La La Land (with Daniel fecking Bedingfield) and these two apes.

“What an incredible trip with these wonderful humans, couldn’t have asked for more.”

She also posted a picture of her cheek to cheek with the Emmerdale star, alongside the message: “When neither of you like your teeth.”

In other photos, Ned and University Of Surrey graduate Lucy are seen arm in arm and smiling broadly while they enjoy time in the sunshine.

Neither have revealed how long they’ve been dating, but a source told The Sun: “It’s early days but Ned is really enjoying dating Lucy. They’ve both been in America recently looking for work and grew really close.

“Ned usually likes to keep his love life private but has been taking Lucy to various events both in London and LA. They have loads in common.”

Just last week, the couple attended the Circus Extreme in Richmond, where they were seen arm in arm.

Days later, however, Ned appeared to be back in California, if his Instagram account is to be believed. Or is this another trick to fool ITV fans?

What role would you most like to see Ned in? Leave us a comment on our Facebook page @EntertainmentDailyFix and let us know what you think!