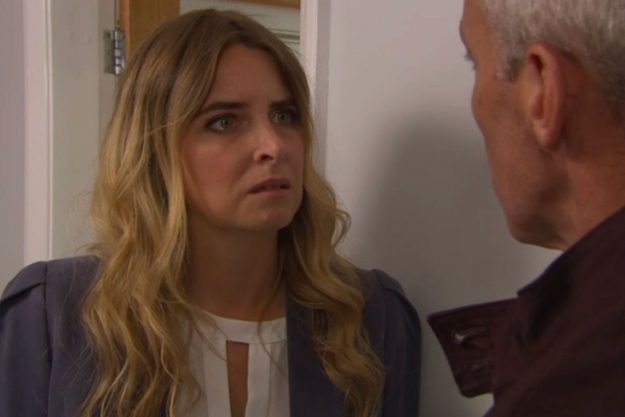 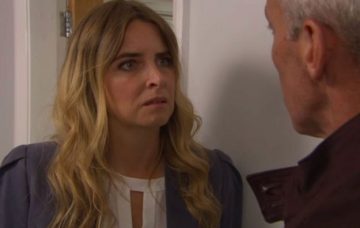 There are dark times ahead

Emmerdale’s Emma Atkins has admitted that her character’s trauma at the hands of evil DI Bails is far from over.

Next week sees traumatised Charity take to the stand at Bails’ trial for historical sexual abuse, desperate for the court to believe her as she recounts what happened to her all those years ago.

But while the jury’s verdict is a closely guarded secret, actress Emma Atkins has reveals that Charity has got more drama connected to Bails heading her way.

Speaking of the dark times that are to come for her alter ego, Emma has admitted the court case is just a drop in the ocean when it comes to Charity’s trouble with her attacker.

Speaking to Inside Soap magazine, Emma revealed: “Regardless of whether Bails is found guilty or not in court, Charity’s ordeal has disturbed feelings inside her that she hoped to keep locked away.

“There is deep-rooted hurt that makes her question her childhood and look at her family and ask, ‘Why was I thrown out of my home where I ended up on the streets and turned to prostitution to get money?’

“So she starts to unpick – and it sees her off on another journey of turmoil.”

But while Charity might be facing tough times, Emma has revealed that she hopes her character will have her love interest, Vanessa beside her along the way…

“She’s her rock for now, absolutely. It’s a soap so there might not be a happy ending, and they’re going to have their ups and downs.

“Well have to see if any cheating happens, but I hope it doesn’t.”

Do you think Bails will be found guilty? Leave us a comment on our Facebook page @EntertainmentDailyFix and let us know what you think!