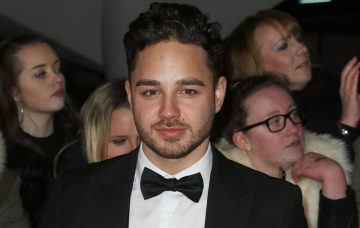 But don't worry, he hasn't given up acting!

Former Emmerdale star Adam Thomas has reinvented himself… as a luxury property executive!

Adam, who played Adam Barton in Emmerdale from 2008 until January this year, has joined Kamani Property Group, a company run by his old pal Adam Kamani, a member of the Manchester dynasty that owns fashion labels Boohoo and Pretty Little Thing.

The firm lists Adam as a “property executive” on its website and says he joined the company in March.

It goes on to say that former I’m A Celebrity star Adam “sources new potential acquisitions and assists with the management of both the residential and commercial sides of our portfolio.”

He also holds meetings with contractors, potential tenants and suppliers.

Adam has previously promoted the brand on his social media, telling Instagram fans in April to contact Kamani Property Group for “everything and anything you need to know about property.”

However, he has reassured fans he’s not turning his back on acting!

Adam shared a screengrab to Instagram showing an article which claimed he’d started to work as an estate, writing: “Just to clarify my job title is property exec it sounds better … and yes I am working in the property industry in between jobs because as a jobbing actor you can be out of work…

“That’s just the nature of the business… I haven’t nor will I ever turn my back on acting …but I have a family to support and will carry on doing so… whether it be acting or otherwise.”

Adam is the twin brother of Scott Thomas, who starred in 2016’s Love Island, and the younger brother of Coronation Street’s Ryan Thomas, who is currently in the Celebrity Big Brother house.

Adam rose to fame in 2006 as one of the original cast members of Waterloo Road, where he played bad boy Donte Charles.

He then joined Emmerdale and also appeared in I’m A Celebrity, Get Me Out Of Here! in 2016, coming third.

In 2014, Adam and his long-term girlfriend, Caroline Daly, welcomed their first child, a son called Teddy.

Adam and Caroline were married on 27 August 2017, and a few months later announced they were having another baby. A daughter, Elsie-Rose, was born in May 2018.

Adam is going to have to take some time off from his new job at Christmas though, as he’s signed up to play a Hollywood producer in Nativity! The Musical.

He’ll perform at Liverpool’s Empire Theatre from 31 October to 4 November, and at the Regent Theatre in Stoke on Trent from 5-8 December.

What do you think of Adam’s new job? Leave us a comment on our Facebook page @EntertainmentDailyFix and let us know what you think!