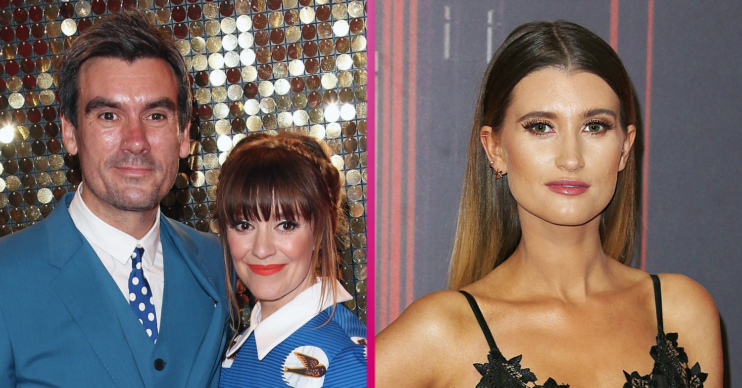 Emmerdale star Charley Webb revealed half of her roast dinner is from her co-stars Jeff Hordley and Zoe Henry’s allotment.

On top of the picture she wrote: “Half my roast is courtesy of Jeff and Zoe’s allotment.”

Alongside the picture she tweeted: “Just the best. Home grown heaven @HordleyJeff @ZoeHenry03.”

A second added: “That should be in rate my plate!”

In real life Jeff is married to Zoe, who plays Rhona Goskirk in the ITV soap. Together the couple run their own allotment.

Zoe and Jeff’s new addition to the family

Half my roast is courtesy of Jeff and Zoe’s allotment.

The couple also have a dog called Rita, who is nine-years old.

Emmerdale: When will Debbie return?

Currently Charley, who is married to Emmerdale co-star Matthew Wolfenden, is on maternity leave from the soap.

Last month, the soap returned to filming after production stopped due to the coronavirus pandemic.

But back in May she revealed she isn’t ready to return to work just yet as she is focused on motherhood.

The mum of three told OK! Magazine: “At home with the kids is where I need to be at the moment.

“We’re in talks and work has been amazing about giving me the extra time I need. There difference from two to three children feels huge, so I haven’t confirmed when I’m going back yet.

Would you like to see Charley return to Emmerdale soon? Leave us a comment on our Facebook page @EntertainmentDailyFix and let us know what you think!