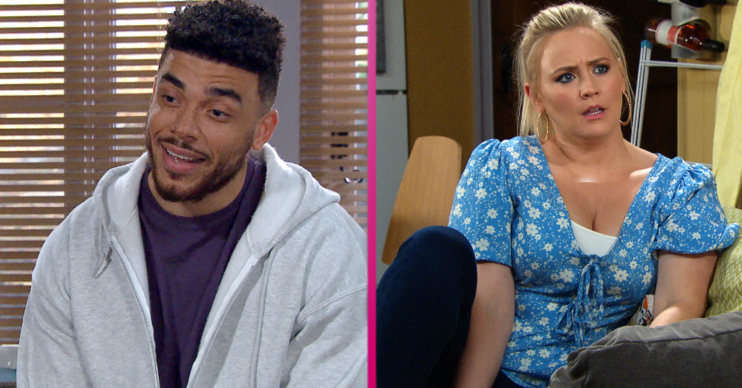 Liam is furious with Leyla and Jacob

Emmerdale spoilers for tonight reveal that Liam and Jacob clash over ideas for Leanna’s funeral.

Meanwhile Nate encourages Tracy to go and visit Vanessa, but there’s something on her mind.

Liam tells Charles he wants a traditional, dignified and respectful funeral for Leanna. He struggles to contain his anger as a defiant Jacob arrives and joins the meeting.

Liam does his best to continue regardless, but a simmering Jacob is determined and things soon reach boiling point.

Jacob rages how he knew Leanna better than Liam, and a furious Liam storms out.

Leyla is left feeling guilty and blaming herself.

Later Jacob pleads with Liam to think again about the funeral, pointing out it should reflect all that was unique and amazing in Leanna’s personality.

How will Liam respond?

Tracy worries about being alone with Frankie

Read more: Emmerdale star Lisa Riley gets her first tattoo at 45… after previously ‘chickening’ out of getting one

Nate suggests to Tracy that she should take Frankie to visit her sister Vanessa.

However Tracy is terrified of looking after Frankie by herself.

He decided to delete her social media apps and take her mobile phone away from her until things get better.

Jamie left with no where to go

Meanwhile Jamie finds he has no where to go after being throw out of the B&B by Diane.