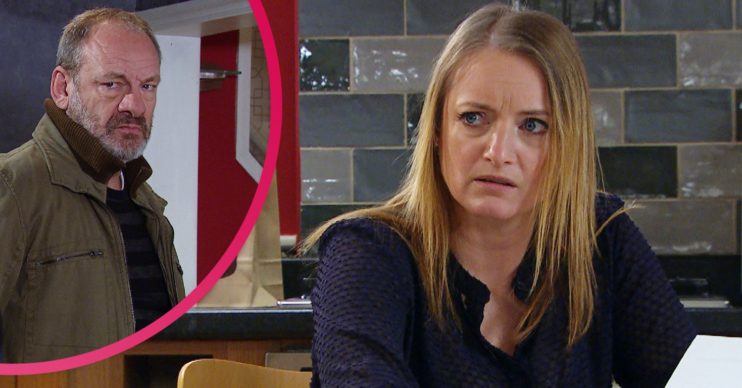 Emmerdale: Nicola King will be killed off this week, fans predict

Jimmy is involved in a crash this week

Emmerdale fans are convinced Nicola King will be killed off after her dad Rodney Blackstock returned to the village last night (Monday, March 29).

In this week’s episodes, Jimmy King will end up crashing his truck after losing control. At speed, he will end up smashing into farming buildings.

Meanwhile Mandy and Paul are preparing for their wedding day. But Liv’s suspicions about Paul are starting to grow. This week she ends up confronting him, but has she put herself in danger?

Emmerdale has confirmed at least one person will be killed off this week, however they are remaining tight-lipped on who it will be.

But fans have already began speculating who they think will meet their end.

In last night’s episode Rodney came back to the village after returning from Australia. However Emmerdale fans are convinced he’s come back because Nicola will end up being killed off.

Is Rodney back just in time for Nicola to die? I hope not #Emmerdale

Last week, when talking about Juliette taking custody of Carl, Nicola said to her husband Jimmy: “Well there’s only one she’s gonna manage it.”

When Jimmy asked her what that was, Nicola said: “It involves stepping over my dead body.”

Fans also think this could be a hint that Nicola will be killed off.

Nicola "by stepping over my dead body"

A bit prophetic given what happens next week.

Emmerdale: Reece Dinsdale teases there will be a fourth victim

It was recently revealed that three characters lives will hang in the balance. However Reece Dinsdale, who Paul, has teased there will be a fourth victim.

Speaking to Holly Willoughby and Phillip Schofield on This Morning yesterday (Monday, March 29) he said: “The week is fantastically done.

“At the beginning you see three beds in the hospital, and if I’m correct, you don’t see who’s in the bed, but you might see who’s visiting the beds.