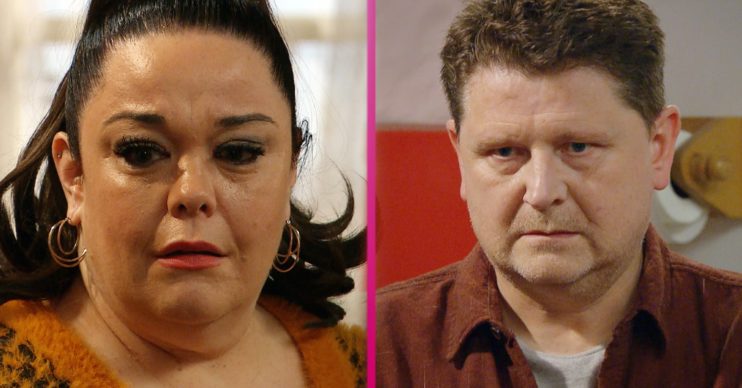 Mandy found out about Paul abusing Vinny after Paul died

But he had no idea that Liv was confronting Paul in the barn. Liv had discovered Paul was the one who had been attacking Vinny and wanted answers.

However just before the truck crashed, Paul began beating the teenager.

After the truck crashed, Jimmy escaped but passed out. Meanwhile Liv tried to help a trapped Paul. But when she saw the building was going to explode, she got herself out.

Later in hospital, Paul died from his injuries. Whilst Mandy was devastated by her fiancé’s death, she was furious when she learnt he had been beating their son.

Now actress Lisa Riley has revealed that if the accident hadn’t of happened, viewers would have seen Paul killed by Mandy.

As reported in Digital Spy, Lisa said: “Reece always knew that Paul would die. He knew that they were going to play the story out and that Paul was going to become more and more evil.

“There was a different ending which we’re going to play with. I think they’ve made the right choice. This ending was absolutely the right was to do it.”

She continued: “This story was happening before Covid, but we just had a different ending for Paul’s death.

This story was happening before Covid, but we just had a different ending for Paul’s death.

“If the accident hadn’t have happened, I believe we were days away from Paul being murdered by Mandy.

“If Mandy had ever found out about the battery and bullying, she would have killed him, no two ways about it.