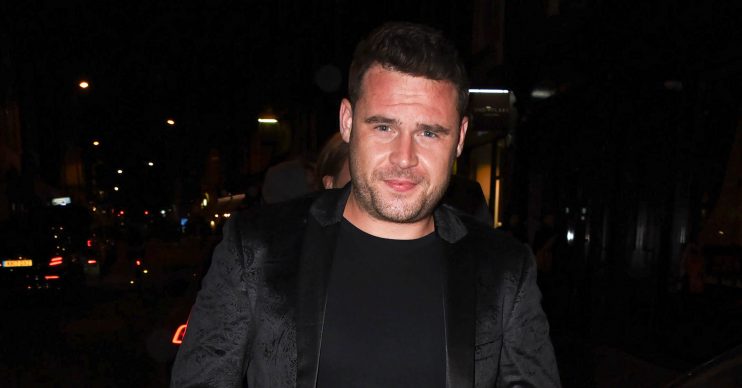 Star of Emmerdale Danny Miller looked fantastic as he co-hosted a posh ball in aid of his own charity.

The actor, 28, who plays Aaron Dingle on the ITV soap, shared a picture of him alongside his charity’s co-founder and fellow Emmerdale actor Daniel Jillings, 37.

The pair stood before a magnificent Christmas tree and both wore matching tuxedos.

Danny added the caption: “Another fantastic @sidley_ouas event! ready to go! The Ant to my Dec, the bell to my jingle.. My best pal and Co-Host @djillings – thanks for the whistle @marcdarcysuits and thanks to all the girls @sidley_ouas for making today possible! #merrychristmas.”

The actor’s fans were out in full force, with many of his some 402,000 followers rushing to comment on the festive picture.

One user wrote, “Have a fantastic event! You both look so handsome.”

A third complemented, “Well don’t you scrub up well” with a smiling face emoji.

You both look so handsome

And a fourth posted, “Very handsome Mr Miller” with a combination of heart and fire emojis.

The charity, Once Upon a Smile, was founded by Danny and Daniel in 2011, and aims to provide support to bereaved family members.

Each year they hold the glamorous fundraising ball in aid of their good cause, and it is typically attended by many soap stars and celebrities.

Danny has been playing Aaron Dingle since 2008. He has won multiple awards for his role, including the British Soap Award for Best Actor in 2011, 2012 and 2016.

The actor has hinted that the Dingle family may be heading for a sad Christmas this year on the hit ITV soap.

Speaking to What’s On TV, Danny said it will likely be lonely Christmas for the family.

He explained: “Lisa’s not here, so it’s left in Belle’s hands to be the mother of the Dingles.

“But so many people have got their own problems going on. There’s Cain and Moira, and there’s still arguments going on between Chas and Charity.

“It’s funny in places, but there are sad parts. Everybody thinks if the family rally round the fire and have a Christmas turkey and sherry and sing songs, it’s all going to be okay. But it’s not that straightforward.”