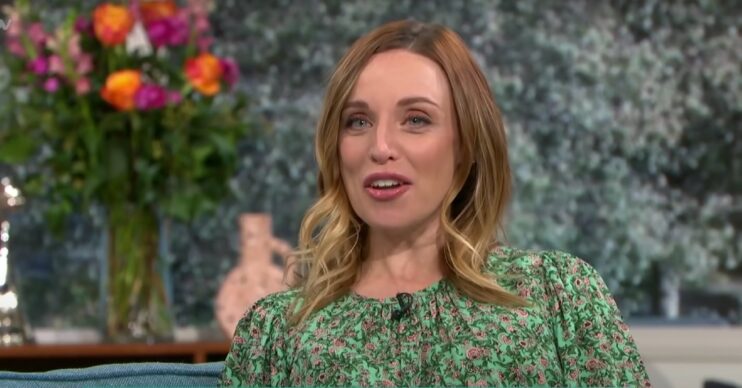 Anna Nightingale of Emmerdale fame has given birth to her second baby with her fiancé Daren Dixon.

The 30-year-old actor also shares four-year-old Autumn with her fiancé too.

Anna Nightingale shared the exciting news of the birth of her second daughter with OK magazine today (Monday, December 13). The star, who plays Andrea Tate in the ITV soap, gave birth to her new baby on Wednesday, December 1.

As well as announcing the birth of her second baby, Anna also revealed that she and Daren had named their second child Ava Noëlle.

Anna Nightingale spoke to OK magazine about the birth and shared some adorable snaps of her baby’s hands and feet.

What did she say about the new arrival?

“The wait is finally over, hello bubba,” she said.

“Just in time for Christmas our little pudding has arrived safe and well,” she continued.

“The four of us are home and in our cosy bubble of sleepless nights and endless cuddles.”

Anna previously announced her pregnancy with baby Ava Noëlle via OK magazine back in September.

What did Anna Nightingale say about her pregnancy?

“After everything we’ve been through over the past year with the pandemic, it just sort of feels like divine timing to be pregnant,” the soap star had said at the time.

Anna also spoke to the magazine about how she’d announced the news of her pregnancy to four-year-old Autumn. She revealed that she had made her daughter a movie trailer.

Anna put a video of her baby scan in the trailer and divulged that Autumn had been overjoyed.

Read more: I’m A Celebrity star Danny Miller to ‘make a million’ if he wins show after quitting Emmerdale

The Emmerdale actor also told OK at the time that they hadn’t had a scan to reveal the gender of baby Ava. She said that Autumn used to change her mind constantly as to whether she wanted a brother or sister.

However, Anna admitted that she didn’t mind what gender her baby was to be.

She said that from a practical standpoint, a girl would have been ideal as they had all the right stuff. But, more than anything, she said she just hoped for a healthy second child.