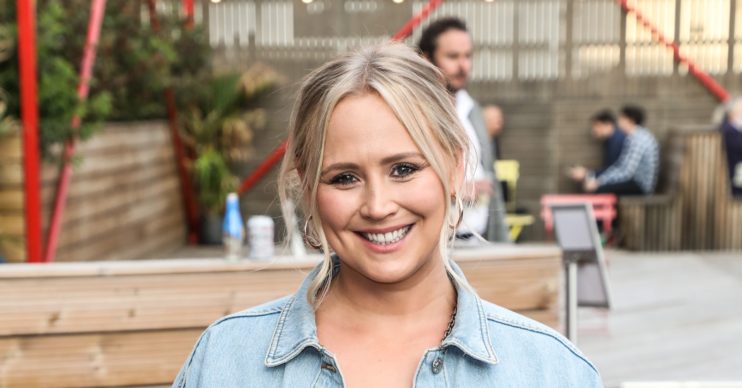 Emmerdale actress Amy Walsh has shown off her new stylish hair to her Instagram fans this weekend.

The 34-year-old has wasted no time in making the most of hairdressers being open again as she swapped her long locks for a shorter style.

The Tracy Metcalfe actress revealed a new shorter style alongside the caption, “I got the chop”, as she showed her 109k followers her blonde tresses.

What did Emmerdale actress Amy Walsh share with fans?

Amy showed off her stylish new hair to her Instagram followers via her Stories.

The snap showed Amy smiling for the camera with her blonde hair hitting her shoulders in a ‘lob’ hairstyle.

Wearing a khaki coat and hoodie, the actress showed off a cute dimple as she posed for the picture.

She captioned the snap with “I got the chop” after shedding inches of hair.

What is happening for Tracy Metcalfe in Emmerdale?

It’s been a testing time for character Tracy Metcalfe in Emmerdale.

The new mum has been adapting to looking after baby Frankie, no thanks to partner Nate Robinson.

The Emmerdale couple came to blows recently and have taken some time apart as the struggles of being new parents became too much.

In a recent episode, the pair appeared to be calling it quits. Tracy reminded Nate that she didn’t have the time to look after two babies and he needed to step up.

As a result, Nate looked as though he had given up hope. Tracy then told her partner she needed a break from him.

An emotional Nate then made a call to someone, asking if he could stay over as he couldn’t be in the company of Tracy anymore.

Who is Amy Walsh?

Actress Amy Walsh isn’t the only one in the limelight from her family. The 34-year-old is sister to Girls Aloud singer Kimberley Walsh.

Although older sister Kimberley might be more well-known, Amy has been acting for a number of years.

Amy also isn’t the first member of the Walsh family to step into Emmerdale. Amy’s sister Sally also starred on the ITV soap as Marlon Dingle’s troublemaker girlfriend Lyn Hutchinson from 1997 to 2000 at the age of 18.

For acting inspiration, Amy revealed she often turns to her sisters for advice.

When a storyline was introduced that saw her character, Tracy, experiencing pregnancy the actress turned to her sisters for guidance, having never given birth herself.

Amy spoke out on morning TV show Lorraine saying that she would be asking for advice on how to do a labour scene, admitting that she enjoys “ugly crying face acting”.