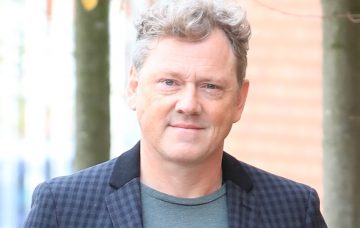 He pleaded not guilty during brief court appearance

Jordon, who plays Daz Spencer in the Yorkshire-based ITV soap, pleaded not guilty during a brief appearance at Minshull Street Crown Court, Manchester.

The 53-year-old actor, who has also starred in TV series Heartbeat, denies wounding and common assault against a 68-year-old man, Andy Potts, who suffered injuries including a bite in the incident on July 1 which began in a pub in Oldham.

Most of the hearing was taken up with administrative matters, including discussion of CCTV and police bodycam footage, ahead of a trial, now scheduled for July 29 next year.

Meanwhile in Emmerdale, Mark’s character Daz is at the centre of a massive storyline.

After getting drunk with his new boss and upsetting her, he was thrown out of the taxi and stumbled across his car in a field.

He woke up in the car thinking he drove there when in fact his niece/daughter Amelia and her friends Leanna and Noah took the car for a spin before crashing and abandoning the vehicle.

He attempted to drive back to the village but ran over someone – who turned out to be Graham.

The kids owned up to taking the car and are currently the main suspects in the hit and run.

Leave us a comment on our Facebook page @EntertainmentDailyFix and let us know what you think of ED!