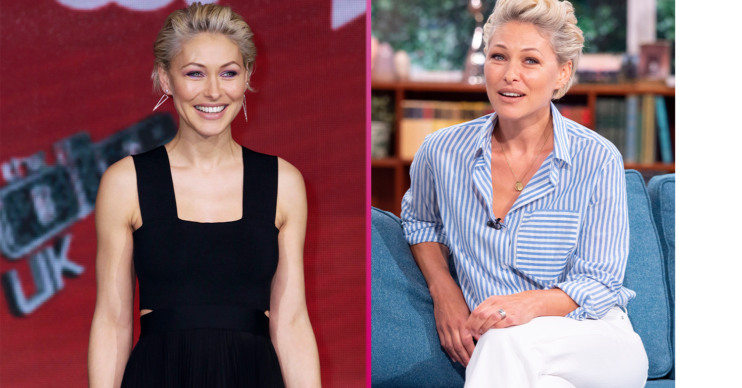 The Voice Kids host is stunning

Former Big Brother host Emma Willis looks phenomenal as she shares a glimpse into her family life during lockdown.

The Voice UK host, 44, shared a snap of her enjoying the sunny British weather in a bikini.

And this was coupled with a video of her enjoying a slip n slide ride in her garden.

The married mum-of-three captioned the post with: “Sliding into the weekend like…I never let a great bikini go to waste @nextofficial #emmawilliscollection #ad.”

Sharing both to her some 1.7 million Instagram followers – her fans and celeb pals shared their reactions.

Meanwhile Paddy McGuinness quipped: “I lent you that costume in good faith.”

One fan posted: “We should all be sliding into the weekend like this, looks fun.”

And another gushed: “So beautiful inside and out.”

Meanwhile a further user shared their hopes that Big Brother would return one day – and Emma would reprise her role as host.

The user commented: “Hope that WHEN (not IF!) Big Brother returns to our screens, lovely Emma will still be involved in it … she was brilliant as host!”

The cute content comes just over a week after former Big Brother host Brian Dowling shared his despair over being replaced by Emma.

While talking to TOWIE star Bobby Norris for OK! magazine he said he hadn’t talked to Emma since his time as a BB host ended.

Read more: Viewers beg for Matt Baker to return on BBC’s The One Show

He also said: “To find out they were in secret talks with Emma the whole time, it’s not a nice feeling.

“But that’s just the industry we’re in.

“It happens and I just had to hold my head high and walk away from that.”

His words came amidst Big Brother: Best Shows Ever airing on Channel 4.

Brian claimed he turned down the opportunity to appear as a talking head on the special.

Taking to his own Instagram account, he claimed that the entire experience had left him with “trauma”.

He also shared on Twitter to his 300,000 followers that he turned down the request as they only wanted him for a 10-second slot.

Brian tweeted: “The same production company asked if I wanted to film a 10-second message on my phone saying hello to you [Davina] and Rylan.

The final series of Big Brother aired on Channel 5 in 2018.

Emma continues to present many shows, including The Circle, The Voice UK and Emma Willis: Delivering Babies.

Meanwhile Brian hosts the reunions for Real Housewives of Cheshire and appeared on Ireland’s Dancing with the Stars.