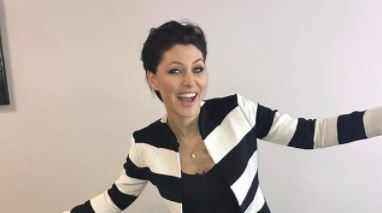 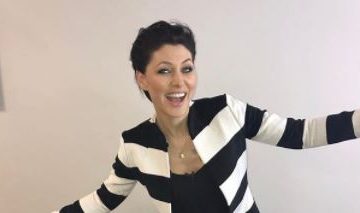 A rather crafty excuse!

Everyone knows that sticking to New Year’s resolutions is a notoriously difficult thing.

But luckily for Emma Willis, 41, she has a handy excuse for annually failing her resolutions: just blame the kids!

The Celebrity Big Brother host revealed in a new chat with OK! magazine that she’s rather bad when it comes to time-keeping, so every year when the clock strikes midnight she vows to change her ways.

But every year like, er, clockwork, that doesn’t exactly happen…

She said: “[My resolution is] always the same thing and I always fail every year, and everyone who knows me knows that I always set it and fail – it’s to be on time.

But rather than holding her hands up, the star cheekily admits she’s tempted to point the finger at her kids!

“I just can’t back it up, so I always blame my children,” she said.

“I get blamed for their homework so I think I can blame them for being late, even when it’s not their fault.”

They prefer to keep their little ones away from the limelight, rather than splash them all over social media – although Emma did relax her rules in November by posting a sweet image of Ace to mark his birthday, keeping his face carefully hidden from the camera, of course.

The busy mum is currently juggling back to school for her two eldest kids, caring for a baby and two high profile TV shows starting at the same time!

She returned to screens with the launch of Celebrity Big Brother’s 21st series on Channel 5 on Tuesday night, while the pre-recorded audition stages of The Voice kick off this Saturday evening on ITV.

It seems like you can’t escape Emma these days!

In an interview with The Sun last year, she admitted: “I suppose it can feel a bit like, ‘Can they not get someone else?’ but I do try not to inflict myself on people every single week of the year on ten different jobs.

“I try to space it out so I don’t annoy everybody constantly!”

Annoy us? The more Emma, the better, we say!