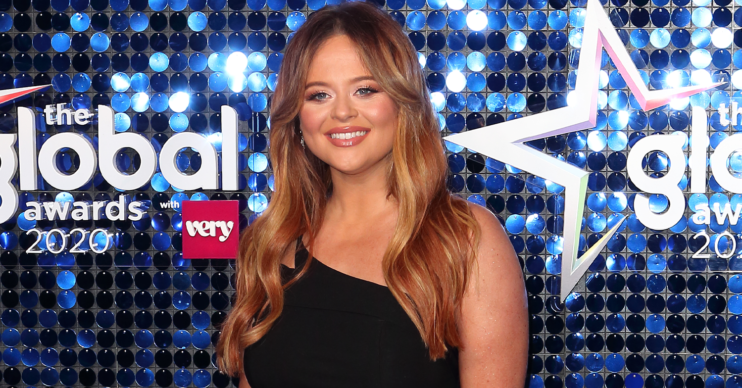 She was at a garden party with her support bubble

Actress Emily Atack has showed off the results of her recent weight loss – and it’s fair to say the star looks stunning.

While many Brits are piling on the pounds in lockdown, Emily recently revealed that she’s lost more than a stone in weight.

To celebrate, she poured her curves into a pair of tight white jeans for a garden party on Sunday.

Ever the joker, down-to-earth Emily was quick to make fun of herself in the caption.

Read more: Emily Atack looks sensational as she shows off the results of her lockdown hair and body transformation

And she seemed to reveal that she endured something of a wardrobe malfunction at the party.

The I’m A Celebrity star was heading to a socially distanced garden party with friends who are in her social bubble.

“You look amazing,” said another.

Emily has transformed her look since lockdown begun.

She revealed in April how she had become the target of cruel trolls over her looks.

They warned her that she would put on weight during lockdown after she posted pictures of her meals.

However, instead, she used the time to shed a stone and give her hair a makeover at the same time.

Emily previously lost half a stone when she appeared on I’m A Celebrity – Get Me Out of Here.

Forced to survive on a diet of rice and beans, she announced: “I’ve had a good detox.”

And it looks as if she has been just as disciplined while stuck at home during the pandemic.

The funny star showcased the results in her weekend post.

She stuck to the natural look with minimal make-up and a simple black top.

She has also clearly caught the sun thanks to the hot days we have been having recently.

“Friday freckles poppin’ off,” she wrote on a previous post, showing the effects of a bit of sunbathing.

What do you think of her look? Go to our Facebook page @EntertainmentDailyfix and leave a comment to let us know your views.