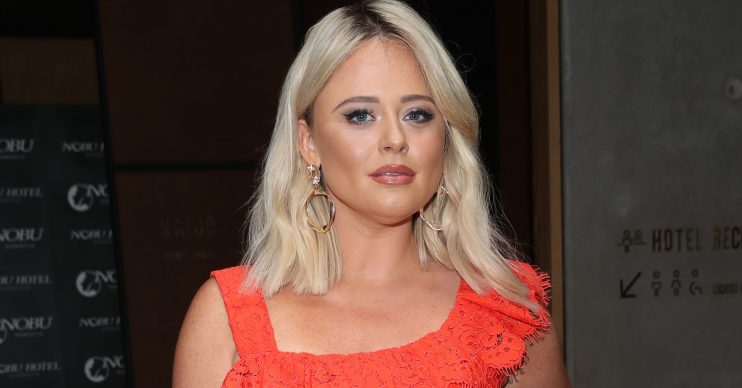 Inbetweeners star Emily Atack has delighted fans with a cute snap of herself as a four-year-old.

The I’m A Celeb fave, 29, posted a snap of herself with her “twin soul” Martha Atack to mark her sister’s 28th birthday and gushed “without you I am nothing”.

She captioned the pic, which shows them both gazing at the camera in white dresses: “Happy birthday to Marfy Moo. The best of all the eggs. My twin soul. Without you, I am nothing. Xxxxxx.

Happy birthday to Marfy Moo. The best of all the eggs. My twin soul. Without you, I am nothing. Xxxxxx Ps- Love that mum was making sure we were getting mint blow-drys at 3 and 4 yrs old🧒🏼 @marthaatack 🎉🥂💐🎂🥚🌈🌸

She continued: “Ps – Love that mum was making sure we were getting mint blow-drys at three and four years old @marthaatack.”

In the comments, Emily’s fans wished Martha a happy birthday and joked that their own mums were just as attentive.

Another wrote: “OMG look at you both, awww. Actually looking stylish compared to my ’90s baby photos. Happy birthday @marthaatack.”

A third commented: “My mum was the same with blow-drys! I once found a roller in my hair during assembly in primary school!”

The actress uploaded an engagement snap to Instagram and fans rushed to the comments to offer warm congratulatory messages.

But they hadn’t read the caption properly or even checked the photo, as it actually showed Martha smiling next to her fiancé.

Emily, who no doubt thought the pic’s intention was perfectly clear, had captioned it, “Better get ready for one hell of a badly organised (but pure jokes) hen do!” and included the hashtag #MarfyGotEngaged.

Find us at the bar legging it from the world❤️ @marthaatack

Read more: Fans call Emily Atack ‘perfect’ as she poses on holiday in her swimwear

Emily was a fan favourite on I’m A Celebrity… Get Me Out Of Here! last year, when she lost in the final to ex football manager Harry Redknapp.

But she could be returning to the jungle in a few months’ time for series 19 – not as a contestant, but as a host of Extra Camp.

Speaking to The Sun, a source claimed she’s being lined up to present the companion show alongside campmate John Barrowman and existing presenter Joel Dommett, telling the paper it was “all but a done deal”.