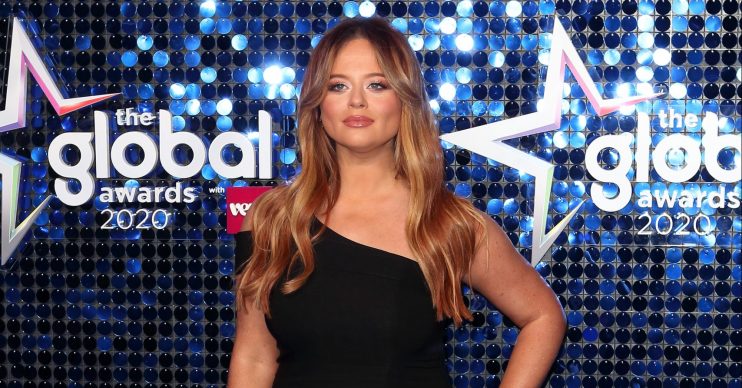 Actress and presenter Emily Atack revealed she has lost a stone after defending herself against a troll who made a comment about her weight on social media.

On her Instagram, the former I’m A Celebrity star, 30, was warned that she would put on weight if she continued to enjoy delicious meals during the coronavirus lockdown.

The user told her: “You will put on weight, lol.”

Replying, Emily revealed she had dropped a stone in just three months.

She wrote back: “I’ve lost a stone in the last three months because I’m cooking like this and eating cleaner. So, you are incorrect.”

The comment, which is no longer visible, was on a picture Emily shared of her latest healthy meal.

She posted a snap of the dish on Wednesday (April 15) and wrote for her followers: “Chinese-style steak and noodles with spinach and cashews this eve. #YummaYummaYumma.”

I’ve lost a stone in the last three months

It’s not the first time Emily has had to hit back at trolls on social media.

In September last year, the star called out cruel comments asking if she was eating for two.

Emily admitted feeling upset after someone left the remarks on a picture of her enjoying a walk with her then-boyfriend, Rob Jowers.

“Eating for two,” one comment said, while another read, “Do love them a bit chunky”.

Emily wrote alongside the grab: “People say I shouldn’t give this attention. I’m trying to show this really happens on a daily basis to some people.

“This was after my boyfriend and I went for a walk on Sunday eve. And I was unaware of photos being taken. ‘Just ignore it!’ No I won’t. It’s hurtful. And I’m [bleeped] off.”

On Instagram, she posted more vile comments from trolls and added the hashtag #stoptrolling.

It followed a picture Emily shared a few weeks earlier that had fans calling her “perfect” and “so beautiful”.

Emily Atack I'm A Celebrity Get Me Out Of Here Trolls