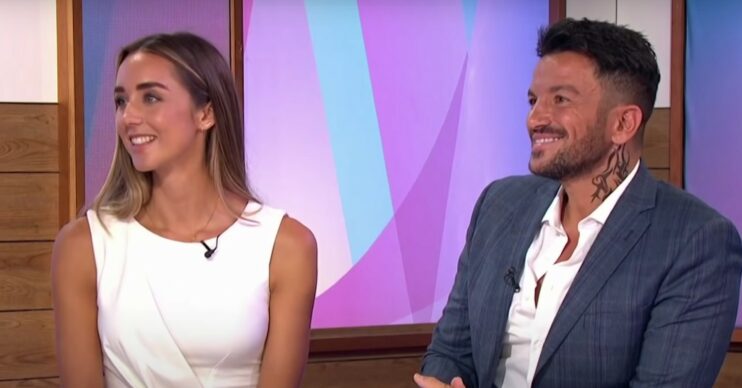 Emily Andre, Peter Andre’s wife, has revealed that they’re not taking the kids on holiday this half-term.

The 32-year-old revealed that it’s simply “too expensive” for her and Peter to take them anywhere during the school holidays this week.

Emily and Peter will be staying in the UK with their children, Amelia, eight, and Theo, five, over the half-term holidays.

The reason for the Andres not jetting off anywhere hot is down to the prices of flights being too expensive.

The prices of package holidays has increased too – which no doubt has put the Andres off.

However, Emily still has plenty of plans to keep the half-term holidays interesting for her kids.

The NHS doctor spoke about what she’s got planned for half-term in her latest OK! magazine column.

In her column, Emily revealed that she has the whole half-term week off work, which is “lovely”.

“But we decided not to go away,” she continued. “As nice as it is going on holiday, it’s a lot of work with all the packing and washing, and flights are so expensive at the moment.”

However, Emily has some other plans for the kids in store.

“It also means I can take the kids to the West End to see Pete in Grease – they’re so excited,” she said.

Emily continued, discussing what she and the kids have been up to recently.

She said: “I recently took Millie and Theo to the New Forest with my mum in her new campervan. She’s kitted it out with everything so it’s like a five-star hotel!”

Emily’s comments come just days after her husband made a very exciting announcement.

Peter revealed that after almost 10 years off screen, his fly-on-the-wall documentary, Peter Andre: My Life, is returning.

The show ran for 10 seasons between 2009 and 2013 before Peter ended it following the death of his brother.

Speaking about the new series, Peter revealed that his youngest children, Amelia and Theo, won’t feature in it.

However, Princess and Junior, who he shares with Katie Price, will play major roles in it.

“It’s about doing it slightly differently and the kids are older now. Princess is about to do her GCSEs and Junior is starting out in the music industry,” he told The Sun.

“So we’ll be able to show the two very different sides of teenage life. Emily’s career is evolving too.”