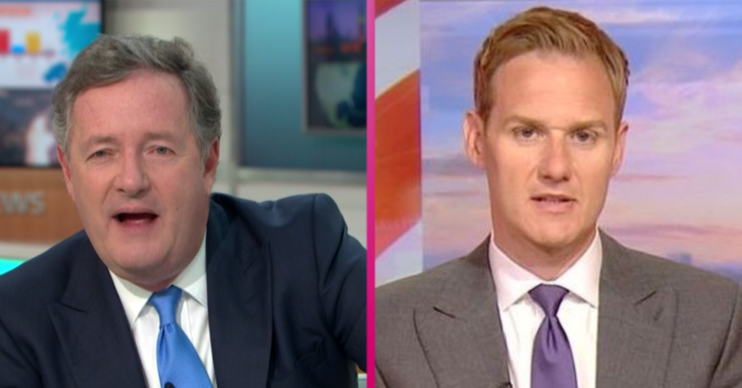 Piers Morgan wasn't too happy either

Business Secretary Alok Sharma appeared on the Beeb to give an exclusive interview about COVID-19 testing in Britain this morning.

However, Good Morning Britain were unable to book the Tory MP for their own chat as government ministers have boycotted the ITV breakfast show.

So GMB had to resort to airing footage from its rival’s interview.

Unimpressed viewers tuning in at home were quick to slam the show on Twitter afterwards.

One wrote: “How embarrassing having to use BBC Breakfast footage #goodmorningbritain #GMB.”

Another then tweeted: “Have we resorted to putting BBC Breakfast clips on to get a government minister to speak to you #GMB.”

Moments later, a third commented: “This show is awful you now resort to showing BBC Breakfast interviews so Piers can have a rant.

“Disgusting. Maybe if you had a credible host the government would attend your show.”

Shortly afterwards, a fourth added: “#Gmb having to steal news from #BBC again.”

Piers has been reeling over the government boycott of GMB and criticised MPs for refusing to answer tough questions.

Last week, the business secretary claimed that 240,000 Brits were getting tested for COVID-19 daily.

Piers called him out at the time and wasn’t surprised when Alok apologised on BBC Breakfast today for getting it wrong.

“I was. wrong and I apologise for that. It was an inadvertent mistake.”

Piers Morgan got it right

Piers heavily criticised the Alok after listening to his interview.

He said: “You may remember last week Alok Sharma, the Business Secretary, one of the worst performing of all the government ministers – and the bar is exceptionally low, popped up to say that they were testing 240,000 people a day.

“As we said at the time, complete nonsense!

“They haven’t even revealed how many people they’re testing – this is the number of tests they claim to be conducting a day.

“He’s apologised for getting it completely wrong.”