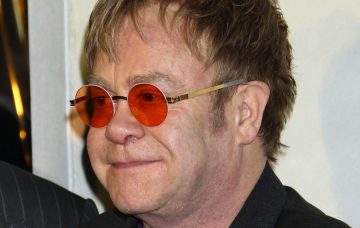 Elton John reveals he was “close to death” after terrifying illness

It helped make up his mind to quit touring

When Elton John sang Someone Saved My Life Tonight back in the 1970s, little did he know that a few decades later, someone would LITERALLY have to save his life.

The legendary singer, 70, announced earlier this week that his forthcoming tour will be his last, as he wants to spend more time with his two sons, Zachary and Elijah.

And in an interview with The Sun, he recalled an horrific incident last year that accelerated his decision to call it quits.

He revealed that he picked up a rare bacterial infection in Chile that left him fighting for his life in intensive care.

The Rocket Man explained that the terrifying episode occurred after he went on tour with James Taylor in South America.

He said: “I got home on a Tuesday night. I was in intensive care on Thursday and stayed there for two days. I was very, very close to death. I didn’t know that… and was very fortunate I had a great team of doctors.

“It took me seven weeks to get back to normal after that. I had tubes coming out of every…”

Elton went on to say that he and his team had already planned to stop touring, but his hospital escapade cemented that decision.

Read more: Elton John reveals how Prince Harry told him he was “in love” with Meghan Markle

He said: “You think about your mortality and think: ‘God, I want to spend more time with the boys.'”

And it wasn’t just his own brush with death that made Elton consider his mortality.

The singer’s mother, Sheila Farebrother, passed away in December aged 92, just months after the pair had reconciled following a decade-long feud.

Following his mum’s death, Elton posted a tribute on Instagram saying: “So sad to say that my mother passed away this morning. I only saw her last Monday and I am in shock.

“Travel safe, Mum. Thank you for everything. I will miss you so much.”

Read more: Elton John posts tribute to his mother after she passes away

Elton’s final foray around the world, the Farewell Yellow Brick Road Tour, begins in 2018 and doesn’t finish until 2021.

He said that when it’s over, he plans to spend as much time in England with his husband David Furnish and their two boys as possible.