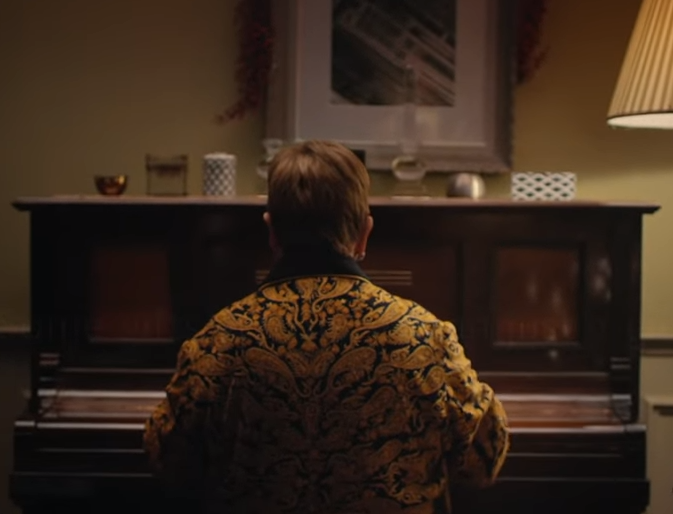 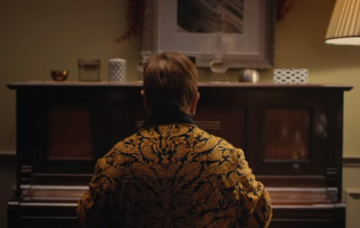 The advert was released to the public this morning

After many rumours, we can confirm that Sir Elton John stars in this year’s John Lewis Christmas advert.

The ad, entitled The Boy and the Piano, tells the story of how the 71-year-old music legend’s life changed forever when he was gifted the musical instrument as a youngster, and it features the star singing his hit Your Song.

Elton – who has sons Zachary, seven, and five-year-old Elijah with his husband David Furnish – said: “The John Lewis Christmas campaign has so many warm memories for me and my family.

“It’s been a lovely opportunity for me to reflect on my life in music and the incredible journey I have been on, and how first playing my Grandmother’s piano marks the moment when music came into my life.

“The ad is absolutely fantastic and I’ve truly loved every minute of being a part of it.”

The advert, which lasts two minutes and 20 seconds, begins with Elton playing the first few notes of Your Song and then takes a trip down memory lane as various moments of his life are explored, from playing school and pub gigs in Pinner, north west London, to a stadium show, which was based on one of his concerts in Portland, Oregon.

The clip culminates with him sat at the same piano in the present day and the tag line appears stating: “Some gifts are more than just a gift”.

The retailer’s employees were the first to see the advert at 6am, and it was released to the public two hours later.

While it’s not been confirmed how much Elton has received for the Christmas campaign, he was rumoured to be in line for a £5 million pay day.

In response to such speculation, John Lewis recently said: “The speculation in recent months around the costs associated with this year’s ad is wildly inaccurate and our total spend is similar to previous years.”

Read More: Is THIS why ITV show themes have piano versions today?

However, Elton is said to have asked for a portion of his undisclosed fee to be donated to the Elton John Charitable Trust.

It’s not the first time Your Song has been used for the popular festive ad. In 2010, Ellie Goulding covered the track for the John Lewis advert that year.

Last year’s John Lewis Christmas ad focused on the tale of Moz the Monster who lived under the bed of seven-year-old boy Joe. The song accompanying the advert was Elbow’s take on Beatles tune ‘Golden Slumbers’.

Do you enjoy seeing the John Lewis Christmas advert every year? Leave us a comment on our Facebook page @EntertainmentDailyFix and let us know what you think.