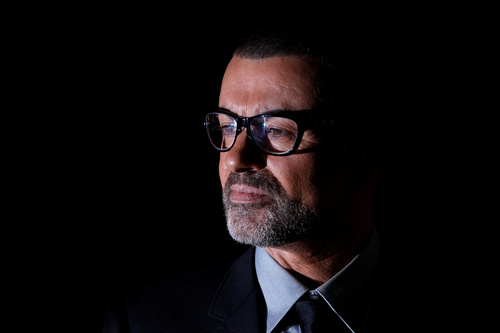 Hints lifestyle choices because of it contribute to his death

Elton, 72, suggested the much-loved star’s death was brought about by choices influenced by his ‘being uncomfortable in his own skin’.

Speaking to Sharon Osbourne on her US chat show The Talk, Elton claimed he tried to persuade George to seek help for his issues with alcohol and drugs before he died on Christmas Day 2016.

However, it was implied George, 53, was unable to work through his problems because he “couldn’t get it”.

“He resented the fact I had hinted that maybe he change his life a little bit and he’d be happier if he tried something else,” Elton said.

Reflecting on his own experiences, he continued: “The person has actually got to want it. It’s like me in the end. I really wanted it.

“I had two alternatives: one to die, and one to live, and I wanted to live.”

Read more: George Michael was “optimistic” about the future in his last-ever interview

Later in the interview, Elton claimed: “He was so uncomfortable in his skin about being gay, even though he said he was [happy].”

Elton also revealed he agreed with Sharon’s husband Osbourne assessment of George’s state of mind when he rang the couple on the day he passed away.

He recalled: “Ozzy got on the phone and said, ‘He didn’t want to be here.’ And I thought, ‘That’s the most succinct, apt thing.'”

It was reported earlier this year that George’s boyfriend Fadi Fawaz did not receive anything in the late star’s will.

The bulk of his £97.6 million estate was left to his sisters, with George also bequeathing a horse stud farm to his father.