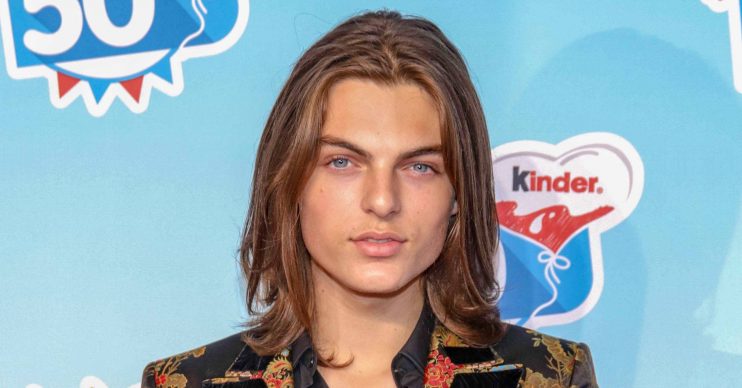 Damian will receive what is rightfully his

Liz Hurley’s son Damian has won in a case with his paternal grandfather over his inheritance.

Multi-millionaire Dr Peter Bing tried to stop Damian, whose father is American businessman Steve Bing, from receiving his fortune because Liz and Steve split up before Damian was born.

Dr Bing claimed that Steve, 54, has ‘never met’ Damian – who’s launched a career as a model starring in a campaign for Pat McGrath make-up – and he doesn’t want the teenager to inherit any money.

But this week an LA judge said that Damian has rights as a beneficiary and is to gain access to the wealth.

Dr Peter Bing filed a petition in March seeking to exclude Damian, as well as his half-sister Kira Kerkorian, the daughter of Steve and former professional tennis player Lisa Bonder, out of inheritance.

The trust was created in 1980 to  ‘benefit future grandchildren’, who were born or adopted at a young age by Steve or his daughter Mary, according to court papers.

But in court papers, Dr Bing said when he created the trust it was not intended for children who were born out of wedlock and who didn’t live in their parent’s home for a significant amount of time.

Judge Daniel Juarez hit back in court, writing: “There is no ambiguity in the trust’s use of the term ‘grandchild’.

“The trustee’s [Dr Bing] interpretation of the trusts is unreasonable, and the trustee’s construction of ‘grandchild’ is simply unfounded.”

The Royals star Elizabeth, 54, went out with Hollywood producer Steve in 2001 and announced later that year that she was pregnant.

Steve, who is worth around £456million, initially made Liz take a paternity test to prove Damian was his child citing they weren’t in an ‘exclusive relationship’ at the time he was conceived.

The DNA test proved he was Damian’s father.

So excited to show you guys something secret I’ve been working on with the divine @PatMcGrathReal !! Shot by #StevenMeisel , here’s #SublimePerfection ; available in stores 7.26.19 🖤

In a court filing sent in May, Liz claimed that Steve has ‘provided financially for Damian’s support’ and that she and Steve have shared custody of Damian all his life.

She then accused Peter of having ‘misdirected anger’ towards Steve, that has ‘nothing to do with Damian’.