There's no stopping the former MP

Ed Balls has done it again! Not only has he progressed through to the final six, he has also managed to avoid being in the bottom two and the dreaded dance off.

Viewers are still hungry for more Balls it seems and despite propping up the leaderboard, he is marching on after the public vote.

In actual fact it is Greg Rutherford who becomes the ninth celebrity to depart the dance floor in Strictly Come Dancing.

This weekend, Strictly came live from the famous Blackpool Tower Ballroom and it was the battle of the Olympians as Greg Rutherford faced Claudia Fragapane in the dance off.

Both couples performed their routines again;

Greg and Natalie Lowe did their Quickstep to ‘Hand Jive’ by Cha Na Na.

Claudia and AJ Pritchard meanwhile performed their Jive to ‘Hey Mickey’ by Toni Basil in a bid to impress the judges and remain in the competition.

After the couples danced, their fate was in the hands of the judges.

Read more: Louise Redknapp hopes her Strictly dance partner can help give her a baby girl

Craig Revel Horwood chose to save Claudia and AJ, saying: “Well both couples I thought improved enormously and I don’t really want to say goodbye to either of these couples.

“I have great respect for them but closer to perfection for me and the couple I’d like to save, Claudia and AJ.”

Darcey Bussell chose to save Claudia and AJ also: “It’s really tough to see both these couples in the dance off and they did such a better performance tonight, but the couple I’d would like to save for the stronger technique, Claudia and AJ.”

Bruno Tonioli also plumped for the gymnast too: “Well first let me say it was so much fun watching both of you tonight. You have brought so much energy and fun to both dances but I have to pick the couple I thought was stronger both content wise and performance wise, Claudia and AJ”

Head Judge Len Goodman agreed with his fellow judges: “I would have agreed, Claudia and AJ.”

So time was up for Greg and when speaking to Tess, he said: “It’s been one of the most of incredible things in my life.

“I’ve been very lucky in my life, I’ve done some amazing things but this is truly one of the best things I’ve done. I’ve much such a good friend here.”

Natalie, Greg’s professional partner, was full of praise for the champion long jumper.

She said: “You are an amazing man, you’ve never had any dance experience and you got out there and you’ve just shown the world that you can dance.

“Honestly this has been the most incredible experience of my life performing and dancing every Saturday night with you; I wouldn’t have changed it for the world. Sorry I couldn’t get you any further.” 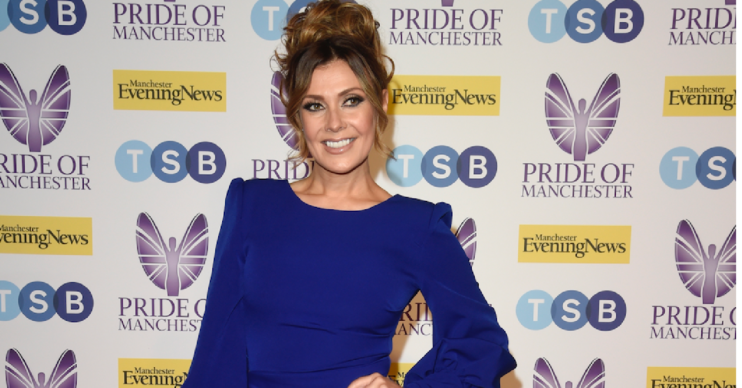