A very familiar - not to mention frightening - face from EastEnders is about to rock up in Coronation Street next week.

Everyone remembers psycho Stella, who used to burn Ben Mitchell with hot tea spoons before coming to a sticky end on her and husband Phil's wedding day, right? 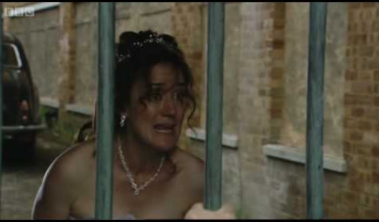 Well, actress Sophie Thompson will soon be visiting Weatherfield, in another role to give viewers chills.

She plays Rosemary, a client of Audrey, and a self-proclaimed psychic... who says she has an ominous message for Gail - from Richard Hillman. 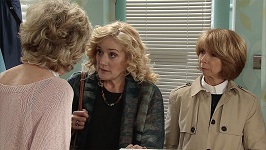 Rosemary has a message from the other side... no, not Walford (Credit: ITV) 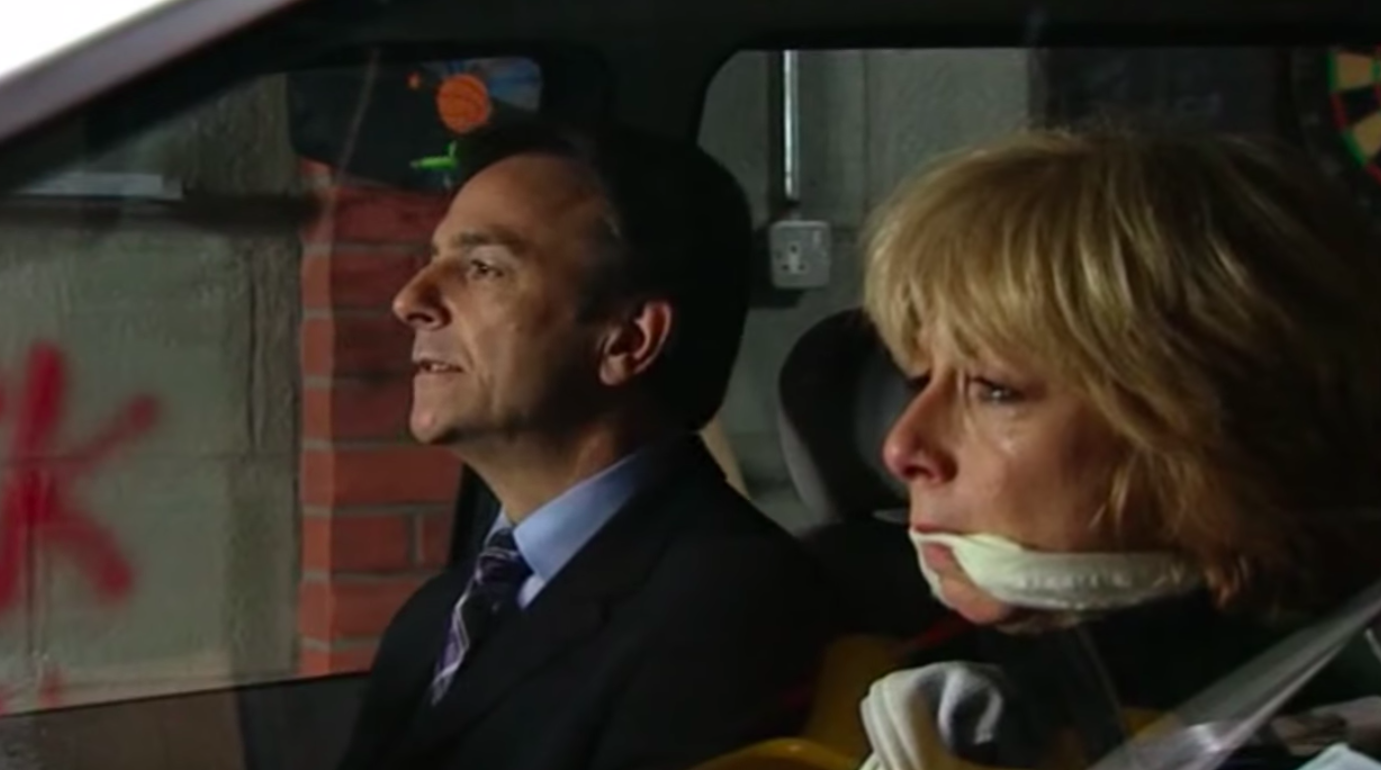 Needless to say, Gail is stunned - and appalled - when her past comes back to haunt her.

What could Richard want from the wife he also tried to bump off? Perhaps Hell isn't quite warm enough and he wants a new pair of leather gloves...

Hillman (played by Brian Capron) was, of course, one of Corrie's most notorious baddies, and was terrorising the neighbourhood way before Pat Phelan was even an evil twinkle in producers' eyes.

He left his business partner Duggie to die after a fall downstairs, then killed his first wife Patricia with a shovel, before trying to bump off Audrey.

The killer conman then attempted to wipe out Emily, but ending up actually murdering Maxine who witnessed that bungled attempt.

He was last seen in Weatherfield in 2003 plunging his car, containing him, Gail and her two then-kids Sarah and David into a lake... which killed him! 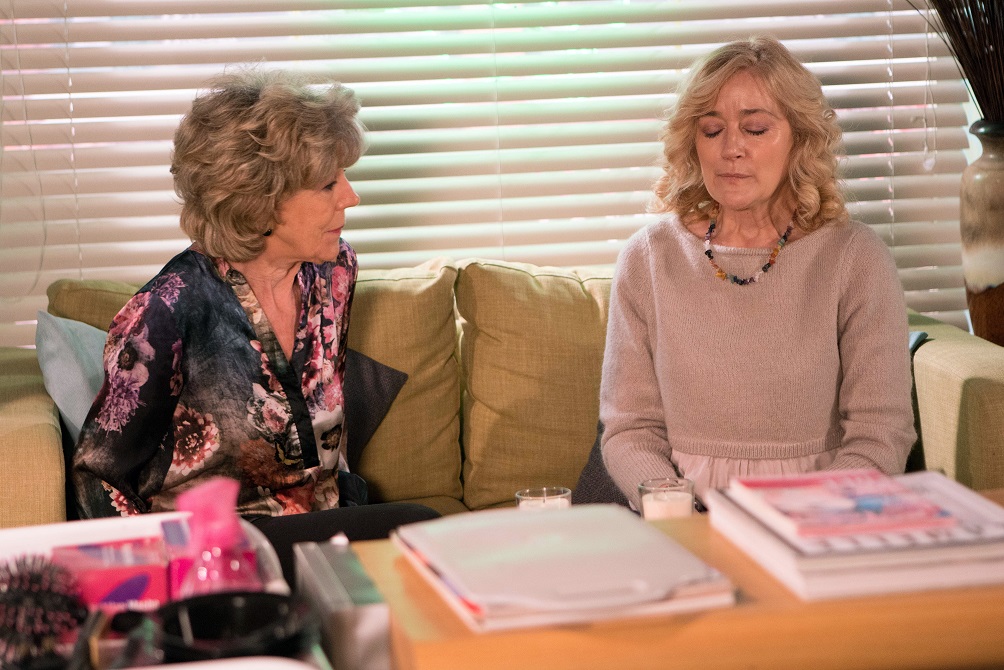 Read more: Adam Barlow is back in Weatherfield - but will he reunite with Eva?

But is she really communicating with the ghosts of Weatherfield, or is she not to be trusted? Could she be cooking up a scam Hillman would've been proud of?

Well have to make up our minds when she first appears on Monday 12 March.

Tricky Dicky or Psycho Phelan? Who is your fave Corrie villain of all time? Leave us a comment on our Facebook page @EntertainmentDailyFix and let us know what you think!