EastEnders viewers stunned as we find out Tracey’s history

She might not speak often, but she's had a colourful life

Much like the residents of Albert Square, EastEnders fans are calling for justice for barmaid Tracey after Woody Woodward sacked her from The Vic.

And it seems like her life is more interesting than some of the EastEnders storylines of late when in a shock twist last night, we discovered several things about her we never knew.

After letting Tracey go from the job she’d done for 30 years, Shirley faced the wrath of Walford as they all told her in no uncertain terms they weren’t impressed with her decision.

Despite insisting it was Woody’s decision, not hers, Shirl refused to reinstate Tracey, knowing it made good business sense to terminate her employment.

But she did try to soften the blow by throwing her a huge leaving party in the pub.

Meddling Fi arrived and pointed out it might not be the best idea, but Shirley insisted it was and went ahead with it anyway.

However, when Tracey failed to show up, Ian Beale offered to go and find her.

Sitting on Arthur’s bench, the two old friends talked about Tracey’s history on the Square. Firstly, that she used to be a florist.

The Vic hasn’t always been her only tie to Walford, in fact, her job on the flower stall kept her going too.

As sad Tracey told Ian she couldn’t face the party, he went back into the pub and announced to everyone she wasn’t coming.

Tina said she’d take the card and collection to Tracey as she only lived in East Ham.

Hang on, Tracey doesn’t live in Walford? Nope, turns out she moved away YEARS ago.

Ian then told everyone the pub had “seen her through two divorces and a cancer scare”. Wow, that’s more things we didn’t know about her.

The punters were as stunned as we were to discover everything she’d silently been through. Kathy Beale then piped up:

“She was the perfect barmaid – listened to other people’s problems, yet never shared her own.”

As the regulars started chanting “justice for Tracey” they all decided to boycott the pub until she got her job back. Sacking Tracey to save money would be useless if they had no customers anyway!

But even the protest wasn’t enough to make Tracey smile as she sobbed walking away.

Vincent caught up with her and offered her a job with him in The Albert, will she take it? And will we discover even more about her if she is sticking around? 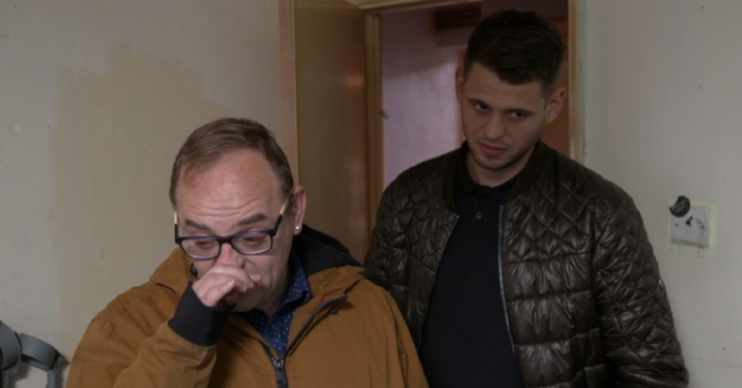