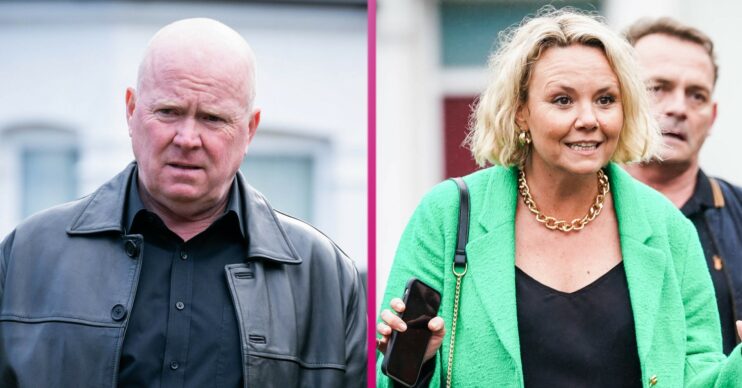 Are Janine, Scarlett, Tommy and Phil in danger?

A fire starts a Phil’s house, and Jack demands the truth from Linda.

Kat is sure that Janine has taken Scarlett and Billy desperately tries to reach her.

Lola realises that Tommy is upset and Kat promises that they’ll find his sister.

Billy gets a text from Janine, they meet and she says goodbye, she’s given up on Scarlett and wants to get out of Walford.

Billy is thrown and tells her that Scarlett is missing. It’s clear that Janine has no idea.

Shirley sees Phil and Gray acting pally and is fuming. She confronts Gray, but he tries to deflect her anger onto Phil instead.

Shirley arrives, out for blood. As they argue, she spots a baseball bat.

Consumed with rage for Tina, she hits Phil and he falls to the floor. Soon Shirley is left panicking and leaves.

Meanwhile Janine and Kat try to work out where Scarlett might be and Janine has an idea.

She sends Kat off to the other side of London as she heads to Phil’s.

Meanwhile Tommy and Scarlett are upstairs, he’s hiding her and they hear the commotion from Phil and Shirley.

Tommy wants to call for help, but Janine has another idea.

She scuffles with the kids and they don’t notice Scarlett’s jumper landing on the lit hob from Phil’s cooking earlier.

Soon the flames start to rise.

Read more: EastEnders: Why has Janine come back as Judith Bernstein and when did she use them before?

Jack demands to know the truth

The Vic is dressed for Pride and Linda texts Rainie to check in. She’s worried about Rainie asking questions as Mick reckons if she was suspicious they’d know.

At the moment, Jack arrives and demands to know the truth.