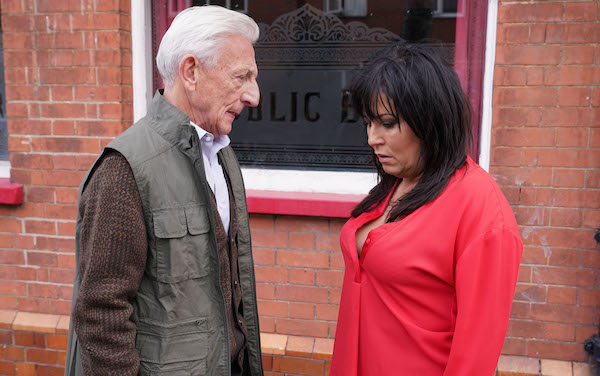 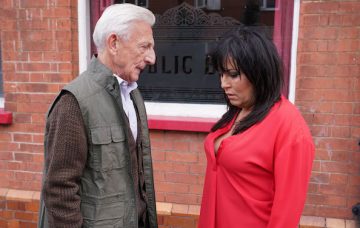 A distressing revelation about her dear and departed dad Charlie Slater will shatter Kat Moon – and leave another person’s life in danger when the bombshell is dropped.

Determined to be a taxi driver like Charlie, Kat seeks inspiration from his former fellow cabbies in EastEnders tonight as she looks to kick up her training.

However, her struggles with learning the Knowledge look unlikely to change after Kat initially gets off on the wrong foot with her dad’s old pals.

She instantly clashes with old hand Tony – but the pair come to bond in a pub after sharing a few old stories about the man that connects them.

But when Kat is introduced to shifty Maurice – another former colleague of Charlie’s – little does she know how much this stranger is familiar with her own family’s secrets.

And once Maurice’s reasons for being unapproachable become clear, Kat is left so upset by what he has to say that she immediately flees on her moped.

Stunned and distressed, she soon has an accident which leaves at least one other person injured after she ploughs into them.

However, a panicking Kat does a runner again, leaving the scene and brushing off the damage sustained by her moped.

Later she’s found getting wrecked in E20 by Stacey Fowler – and although Kat’s mood seems to lighten, she goes on to cause a scene in The Vic on a night where Ruby Allen’s rape ordeal is being discussed by Albert Square’s regulars.

With Kat already teetering on the edge and apparently falling apart in front of her terrified family, could Hayley Slater’s birthday party help rally everyone together?

Former star of The Bill Eric Richard plays pivotal character Maurice in his first appearance on the BBC One soap.

The 78-year-old is most recognisable to TV viewers for playing Sgt. Bob Cryer in police drama for twenty years from 1984.

Eric left The Bill after his character was forced into retirement following a hostage situation which saw the veteran copper accidentally shot by colleague PC Dale Smith (played by Alex Walkinshaw, now known for playing Fletch in Holby City).

– EastEnders airs Monday and Friday at 8pm and Tuesday and Thursday at 7.30pm on BBC One.