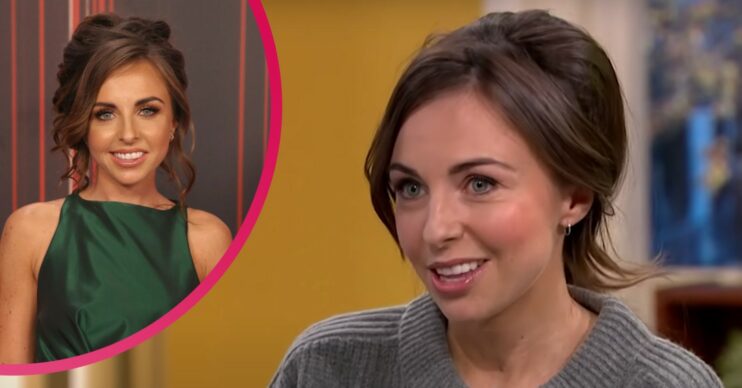 Soap actress Louisa Lytton has melted hearts on Instagram after sharing an adorable snap of her baby daughter.

The cute image marks the mum-of-one’s first Christmas with the tot who arrived in late August.

What has Louisa Lytton posted about her baby?

Louisa is clearly overjoyed to be a mum, as she tagged her Insta post’s location as being ‘Heaven on Earth’.

It shows her smooching Aura’s left cheek. And the beanie-wearing baby – who Louisa shares with Ben Bhanvra – also appears to be pulling a bit of a pout!

But as well as her pink hat, Aura also looks snug in a woolly fleece and pink top as she is held tenderly by her mum.

Doting mum Louisa captioned the picture: “All I want for Christmas is you. (And daddy).”

Louisa’s social media followers were beside themselves with the pic.

And many of her blue-ticked pals made it clear they thought the image was a cuteness overload.

“She’s so beautiful!” wrote Hannah Tointon, who emphasised her point with heart emojis.

And former Strictly star Camilla Dallerup also cooed over the sweet scene with a heart emoji.

Back in October, when Aura was only a few weeks old, Ruby actress Louisa teased her daughter could also star in EastEnders.

Asked during an appearance whether she could see Aura playing her character’s new baby, Louisa responded: “Yeah I could.

“Definitely, if I go back, it’ll be with a child. Whether she wants to be part of it, who knows?”