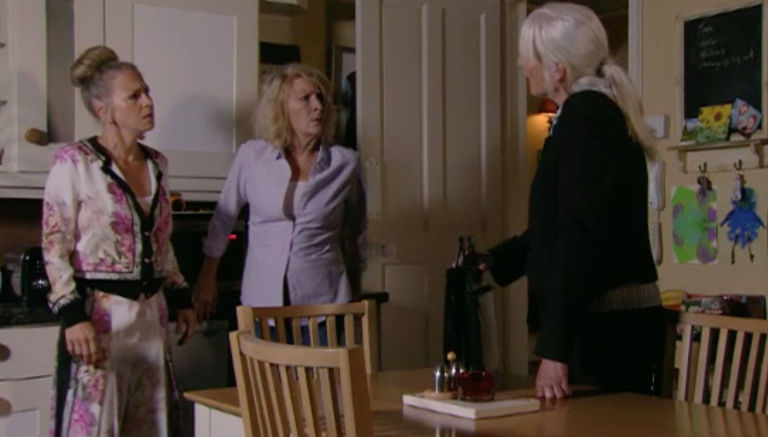 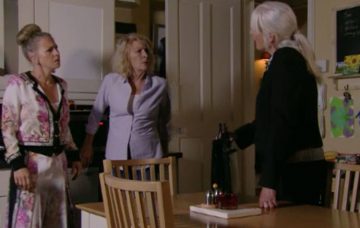 EastEnders legend returns – will she get a spin-off series?

Soap fans were overjoyed to see an old favourite Ritchie Scott turn up in Walford last night – and have called for the tough lawyer to be given her own spin-off series.

Having saved Phil Mitchell’s skin on several occasions since 2005, Ritchie is on hand and ready for a fight to help free Mick Carter from prison.

And it seems fans were as overjoyed to see her as the Carters were after Shirley begged Sharon to help put them in contact.

Promising to have Mick returned to the Vic by bedtime, the legal eagle was certain there was enough evidence to prove Mick was nowhere near the pub when Stuart Highway was gunned down.

However, in a move pointing to her dodgy past, Ritchie also instructed the Carters to come up with a fake alibi for Mick’s movements.

But when Mick’s bail hearing did not go to plan, Ritchie revealed there was damning evidence that left Mick’s chances of release at zero per cent.

She said: “The judge had evidence we didn’t. They didn’t just find blood on Mick’s shirt, they found gunshot residue too.

“As forensic evidence goes this is as strong as it gets.”

As Linda protested and insisted her fella had been stitched up, Ritchie readied the family for the worst.

“We’ve got a fight on our hands because with the evidence they’ve got, Mick’s going down for a long time.”

Despite the bleak prediction, ‘Enders fans couldn’t get enough of the uncompromising Ritchie, tweeting their happiness at seeing her in Albert Square again after nearly seven years.

The iconic Ritchie Scott is back #Eastenders

I always love when Ritchie shows up….she should have her own spinoff series!

Phil first turned to Ritche to advise him when sister Sam Mitchell was arrested for the murder of Den Watts back in 1985.

She also answered his call when fighting for custody of son Ben after Kathy seemingly died in South Africa.

Ritchie also weaved her magic – at Phil’s behest – for Sonia Fowler when she was accused of murdering mother-in-law Pauline Fowler and over events which saw Kevin Wicks die after getting involved with Phil’s stolen car scam.

Welcome back Ritchie! We hope we never have to face you in court.