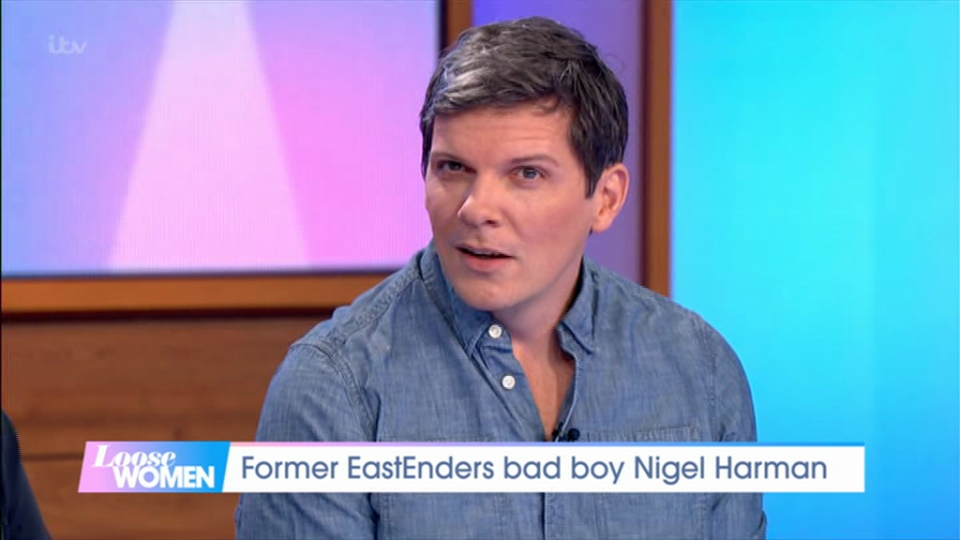 Nigel Harman has thrown EastEnders fans into a frenzy after revealing he “would return to the BBC soap” for the right script.

And if boss Kate Oates isn’t ordering scriptwriters to write Nigel’s character Dennis Rickman back into the soap immediately, then she’s bonkers!

Read more: EastEnders fans fear Keanu is about to be killed off

He embarked on a forbidden romance with his adopted sister Sharon – who he eventually married – had a heartwarming relationship with Dot Cotton and butted heads with the likes of Phil Mitchell and gangster Johnny Allen.

On Christmas Day 2005, viewers saw Sharon being admitted to hospital with suspected food poisoning, when in fact she was pregnant with Dennis’ child – despite the previous belief that she was infertile.

After getting on the wrong side of Johnny, Sharon and Dennis were forced to make plans to flee Walford to start a new life in the US.

But not before Dennis gave Johnny a beating, who got revenge by having his enemy murdered in cold blood by a henchman on New Year’s Eve 2005.

While Nigel went on the star in Hotel Babylon, Downton Abbey and Mount Pleasant, soap fans never forgot him – and his death became one of the most iconic in soap history.

The 45-year-old told the panel he would consider returning because his character’s son with Sharon, also called Dennis, lives on in Albert Square.

He said: “We would have to come up with a storyline, but I loved it.

“It would be difficult to find a storyline that was believable. Maybe a twin?”

The actor went on to reveal he “dips in and out” of the soap, watching it occasionally.

Nigel, who is currently starring in the stage production of Glengary Glen Ross, wouldn’t be the first character to come back from the dead on a soap.

After all, his own screen dad Den came back from the dead, 14 years after being shot and left bobbing in a canal.

We’d pay good money to see Sharon Mitchell’s face if Dennis returned to the Square… Perhaps she could take a third lover?

She certainly seems to have the stamina!

Would you like to see Dennis Rickman ‘return from the dead’? Leave us a comment on our Facebook page @EntertainmentDailyFix and let us know what you think!