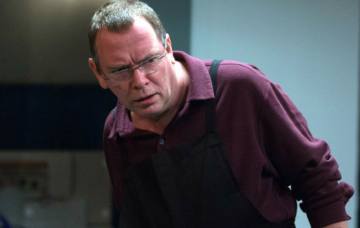 EastEnders fans shocked at how rich Ian Beale really is

He's got loads of dosh - but not for long

EastEnders fans have been shocked at just how wealthy Ian Beale is.

He owns the chip shop, the cafe and half of the restaurant and last night it was revealed he is raking in almost £10,000 a month from them all.

In scenes from last night’s episode Kathy was doing the accounts while Ian is in New Zealand visiting son Peter.

She left them out when Mel Owen visited for her behaviour earlier on when she had insulted Kathy when she tried to help support her.

Fans couldn’t believe how rich Ian is but they definitely believed he’s going to lose it all to Mel.

One said: “I’d be totally fine with Mel scamming Ian out of money.”

A second said: “Who knew Ian was that rich? #eastenders”

Mel was feeling sorry for herself and feeling guilty for letting Hunter take the blame for killing Ray.

And desperate for money to pay for his legal team, she realised she couldn’t sell the club without losing all of her income too.

Kathy laid down the law to an ungrateful Mel telling her: “The Mel I remember knew how to get hold of money.

“She would have done whatever it took to get what she wanted – where’s that Mel?”

It gave Mel pause for thought and she went to visit Kathy later to thank her for her advice, but when she spotted Ian’s bank statement she had a change of heart.

She said: “Thanks again for earlier, you helped me remember exactly what I’m capable of.”

Do you think Mel will get Ian’s money? Leave us a comment on our Facebook page @EntertainmentDailyFix and let us know what you think!